#1 This person trying to get a very cheap car fully repaired before buying.

#2 This individual who is astonished that there’s not delivery on a FREE futon. 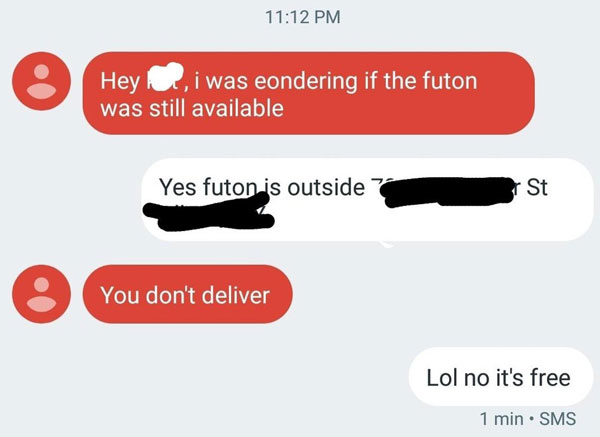 #3 This person asking for bonus throw-ins with a dishwasher that’s being offered FOR FREE. 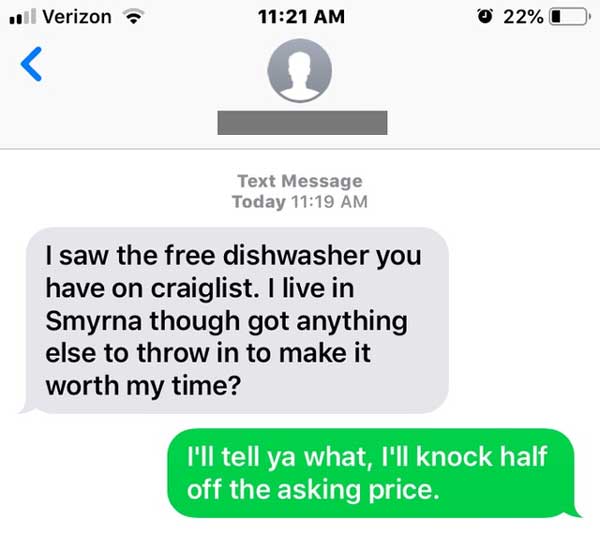 #4 This person who got what they deserved for being rude about a lawn mower’s price.

#5 This person looking for Walmart price-matching. 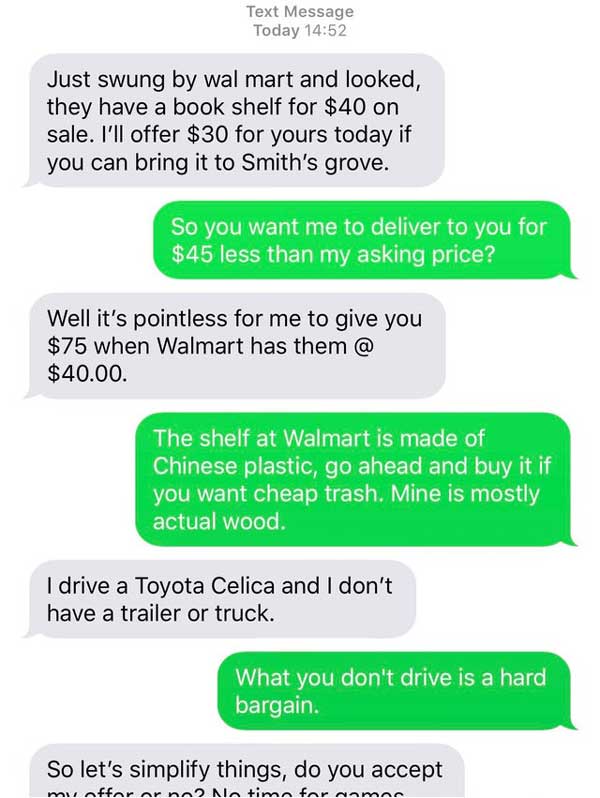 #6 This person who completely freaked out on someone’s mom over some furniture that was being given away for free. 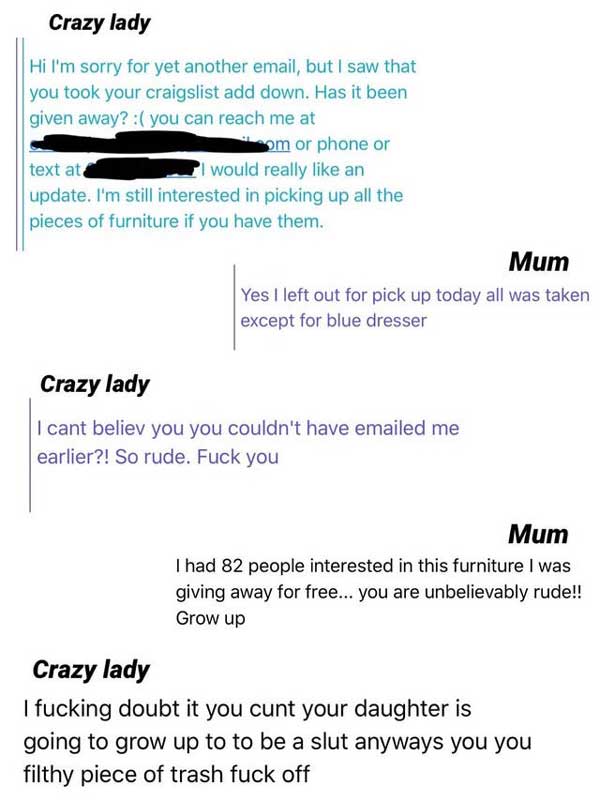 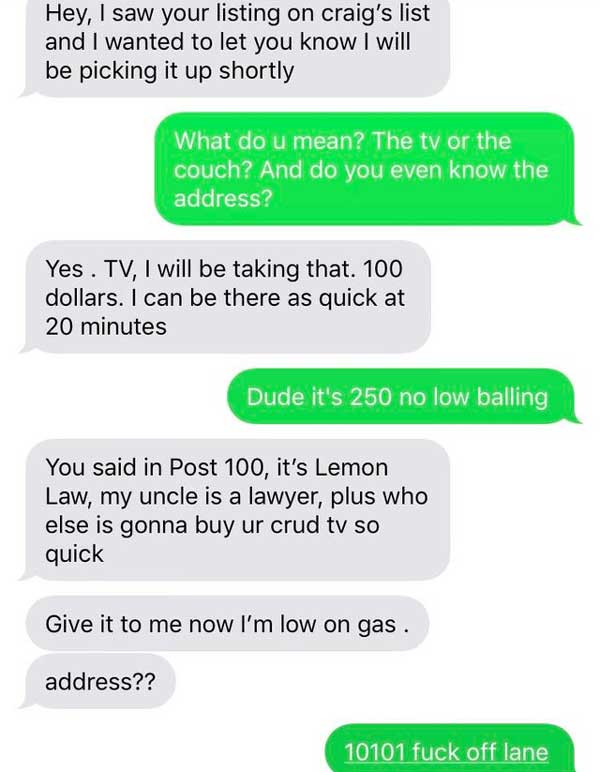 #8 This person who needs a place to stay, stupid people. 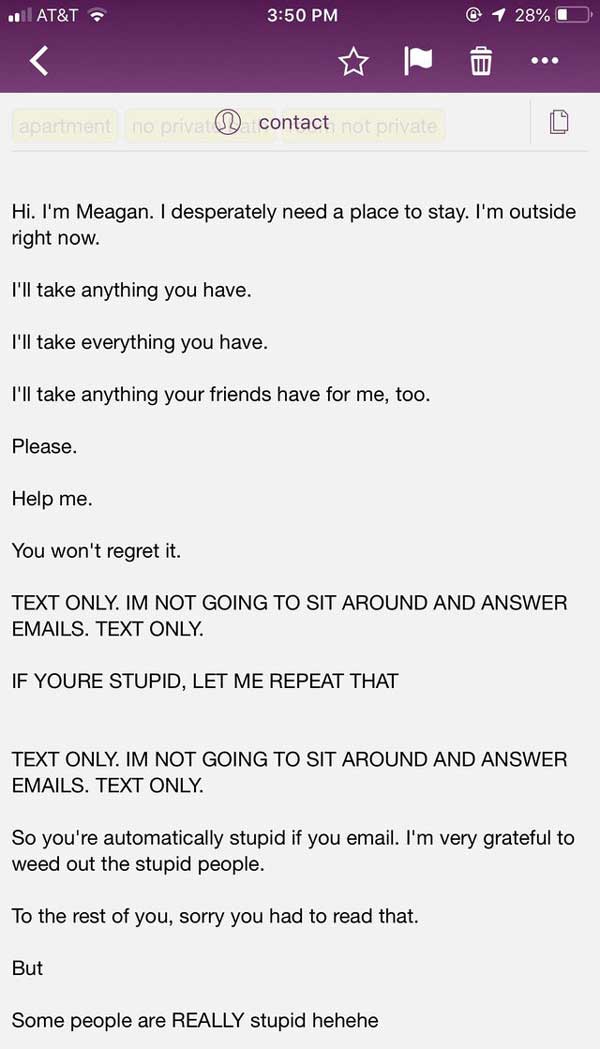 #9 This person who got mad about a FREE cabinet and said they were “on the way” when the seller had only posted the name of the city they were located in. 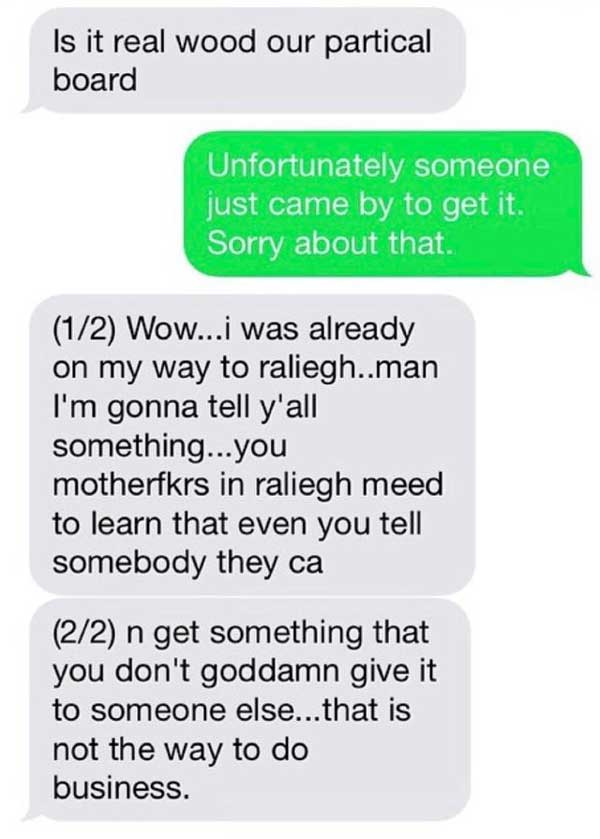 #10 This pretty dramatic plea for a video card.

#11 This lackluster lowball for a PS4. 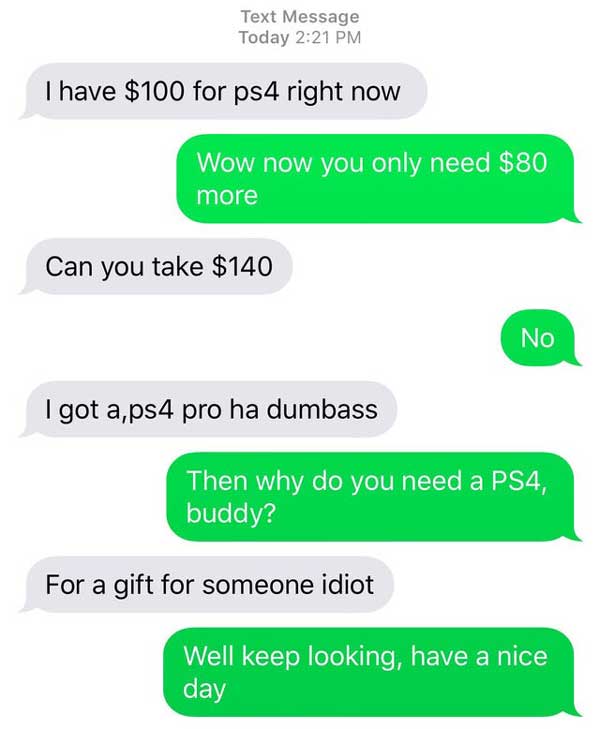 #12 This negotiator who ultimately was kind enough to accept the seller’s apology. 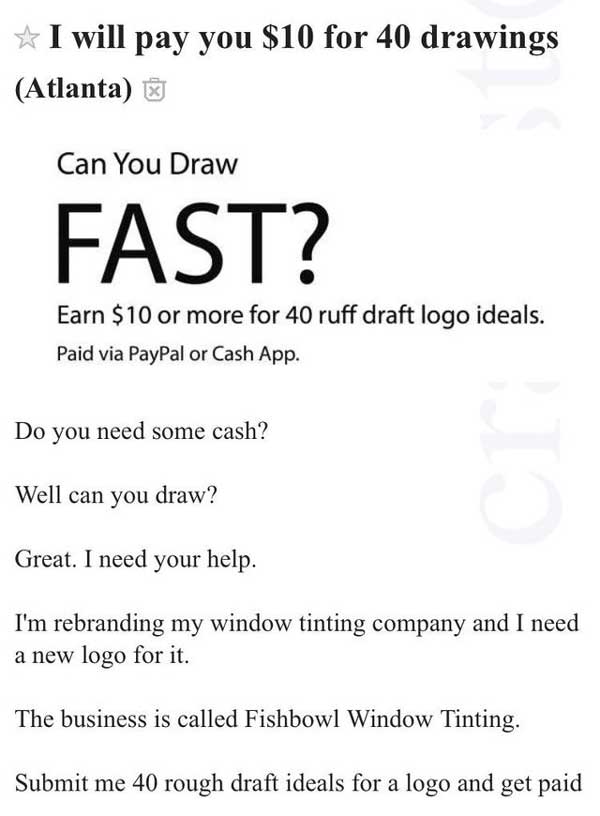 #14 This person who wanted free delivery and doesn’t seem to be picking up on sarcasm. 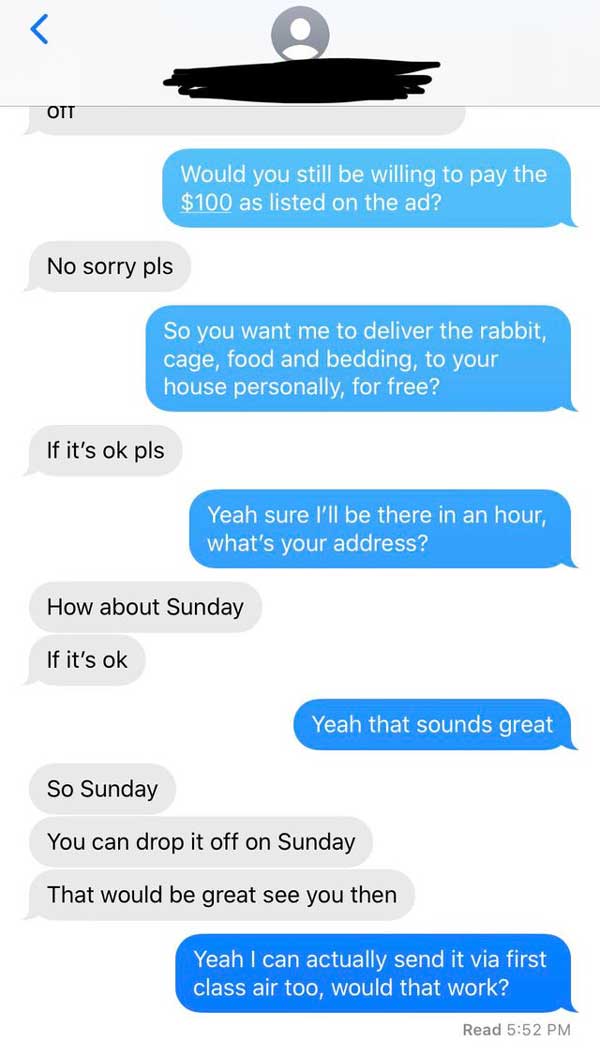 #15 This seller who decided to up the price on their frames once someone was interested. 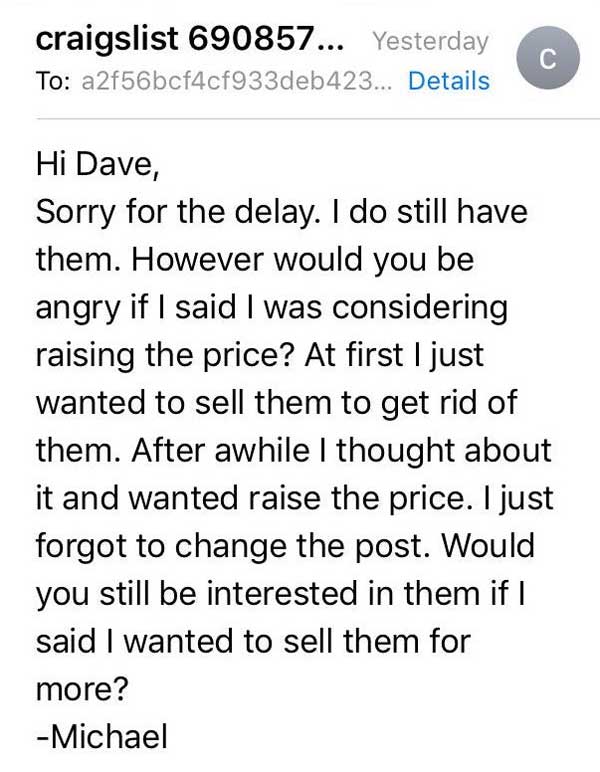 And finally, this incredibly strange, unexplainably hostile rollercoaster of emotions from a car seller.

Django Unchained Every N-Word
How Long Should You Use Your Bath Towel Without Washing It?
What Percentage of Generational Wealth is Lost?
45 Weird Things All Couples Do When They’ve Been Together For Over Three Years