Reddit Is Sharing Their Best Jokes, Here Are 16 Really Funny Ones

These jokes may or may not have come from dads. 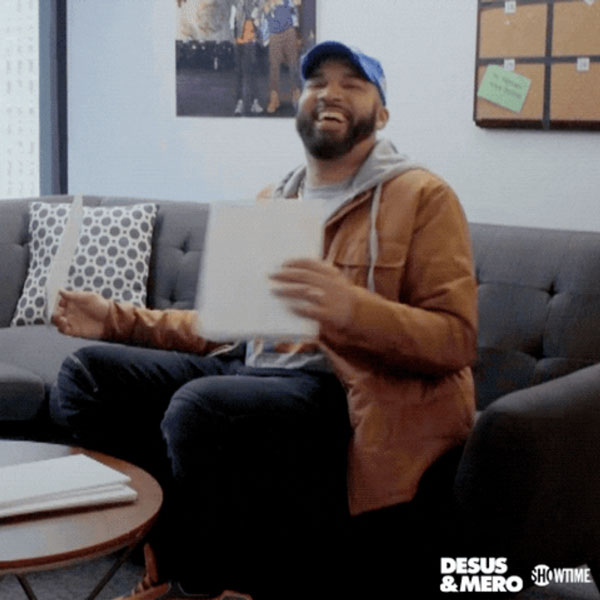 Here are some of the best knee-slappers that came out of that thread:

Curious, he walks over and looks through a hole in the fence. Someone from the other side pokes him in the eye and they all start shouting “20! 20! 20!”
AhFFSImTooOldForThis / Via reddit.com

#2
A duck was standing by a busy roadside, waiting for a break in traffic as cars went roaring by.

A chicken walks up and says, “Don’t do it, mate. You’ll never hear the end of it.”
weliveintheshade / Via reddit.com

#3
Who is this Rorschach guy and why does he keep drawing pictures of my parents fighting?
Jboi4 / Via reddit.com

#4
What’s the difference between a joke and a rhetorical question?
Paz_Zombie / Via reddit.com

#5
I bought the world’s worst thesaurus yesterday…
Not only is it terrible, it’s also terrible.
UYScutiPuffJr / Via reddit.com

#6
My wife got really mad about the fact that I have no sense of direction. So I packed up my stuff and right.
Phatb0y / Via reddit.com

#7
I like dad jokes but i don’t have any kids. I guess that makes me a faux pa.
BaseballTruck / Via reddit.com

#8
Q: How many narcissists does it take to screw in a lightbulb?
A: One. He holds the bulb while the world revolves around him.
StayUntuned / Via reddit.com

#9
Did you know you can’t run through a camp ground?
You can only Ran… Cause it’s past tents.
Buddhafisticuff / Via reddit.com

#10
A bunch of books fell on my head this morning. I’ve only got my shelf to blame.
Ofernando84 / Via reddit.com

#12
A man was at his friend’s funeral and asked the wife if he could say a word. She agreed.
The man stood at the podium and said, “Plethora.” As he sat back down the wife said, “Thanks, that means a lot.”
readercuthbert / Via reddit.com

His son got up and said, “Infinity.”
The wife said, “Thank you, that means more than you could imagine.”
Velkyn01 / Via reddit.com

His daughter got up and said, “Earth”
The wife said, “Thanks, that means the world”
Serennekin / Via reddit.com

#13
Two boys are taking a stroll through the woods, when they come across this well. They take a look down the well, and can’t see the bottom. They want to know how long the drop is so one of them throws a pebble down there.

They spot a good sized rock and toss it down the well next.

They wait a while…..still nothing.

They look around and spot an engine block. They both push the heavy engine block into the well.

They wait a while….then BANG! A loud crash is heard.

Right when they’re about to move on through the woods, a goat comes sprinting past them and dives into the well. While looking at each other and down the well in shock a farmer runs up to them.

“Excuse me, I left my goat around here, do you know where it went?”

“You’re goat’s crazy, sir!” One of the boys starts explaining. “It sprinted and dived into this well here!”

The farmer looked at the boys, puzzled. “But…that’s impossible. I tied it to an engine block.”
thisnameisuniqueaf / Via reddit.com

#14
A cowboy walks into a bar. He gets a few drinks and settles up with the bartender. He walks out to find his horse is missing!

He walks back into the bar, whips out his pistol and fires into the ceiling. He says, “Which one of you idiots stole my horse?!” No one answers. Then he says, “If my horse ain’t back by the time I finish another drink I’m gonna have to do what I did back in Texas, and I don’t like to do what I did back in Texas.” He has a drink and walks back outside. His horse is back where it used to be. As he is mounting up the bartender walks out and asks, “Say partner. What’d you have to do in Texas?” “I had to walk home,” the cowboy answers.
B00ndocksB0y / Via reddit.com

#15
An Oklahoma State Trooper pulls over a circus clown for speeding.

“Alright,” says the trooper, “If you juggle for me here, I won’t give you a ticket.” The clown says, “I don’t have my equipment, it got sent ahead of me.”

The trooper says excitedly, “I’ve got some flares in the back of my car.”

As the clown begins juggling the flares on the side of the road, a good-old boy, drunk off his a*s, pulls in behind the trooper to witness the spectacle. After watching for a few minutes, the drunk man then climbs into the back seat of the squad car. The trooper, having never seen a man arrest himself before, walks over to the man and asks, “What are you doin, son?”

The man says, “You may as well take me to jail now, ’cause I ain’t gonna pass that test.”
Neoarashi / Via reddit.com

#16
There once was a man in Guam who loved driving trains. He had done it all his life, and he intended to continue. One day, he drove his train a little too fast and ended up killing someone on the tracks. He went to court for it and was given the death sentence. He ate a single banana for his last meal, and he was off to the chair. When the executioner flipped the switch, sparks flew, smoke rose, but the man was fine.

Well, at the time in Guam, a failed execution was considered divine intervention and he was set free. Somehow, he got his old job driving trains back, and the same week ran over someone else. He was tried once again and was found guilty once again. This time however, he had two bananas for his last meal. Again, sparks flew, smoke rose, but he was fine. He survived the chair again and was set free.

Surprising no one, the next month he had killed someone else with the train. This time, for his last meal he asked for three bananas. The judge said, “Enough of the bananas, just send him to the chair.” The man said, “The bananas had nothing to do with it. I’m just a bad conductor.”
Pavo9 / Via reddit.com