#1 This boss who put this sign on their office door: 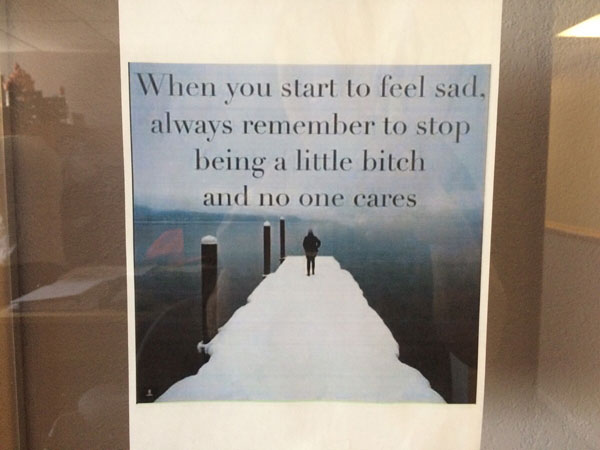 #2 This boss who gifted their employee with this cleverly labeled wine bottle: 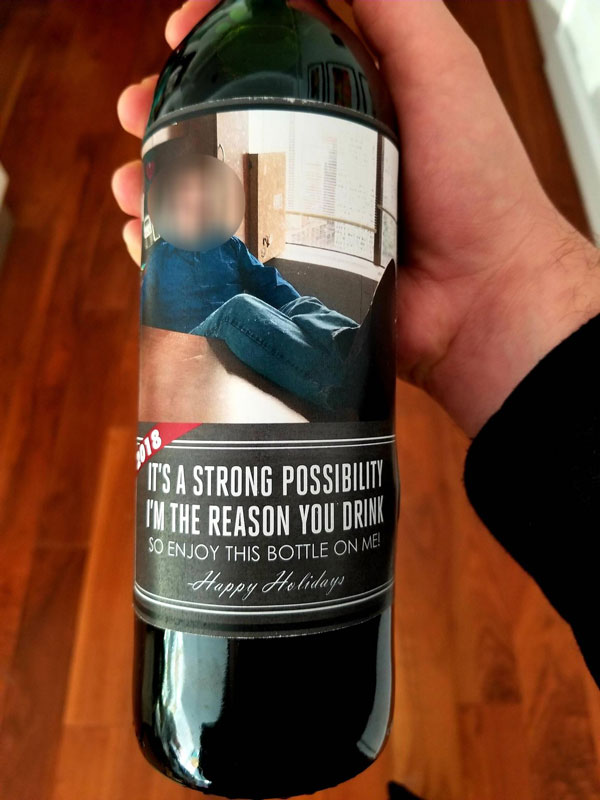 #3 This boss who gave someone this clever plaque: 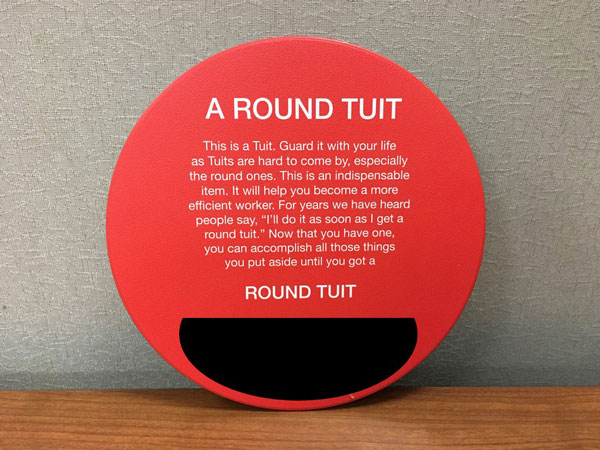 #4 This boss who was struggling with Outlook’s numbering feature: 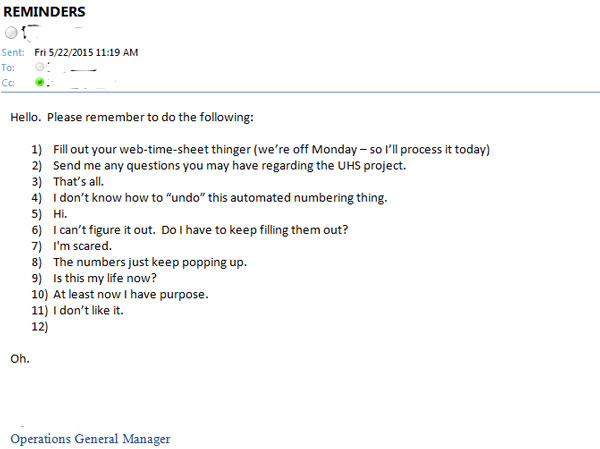 #5 This boss who has a jokey relationship with one of his employees: 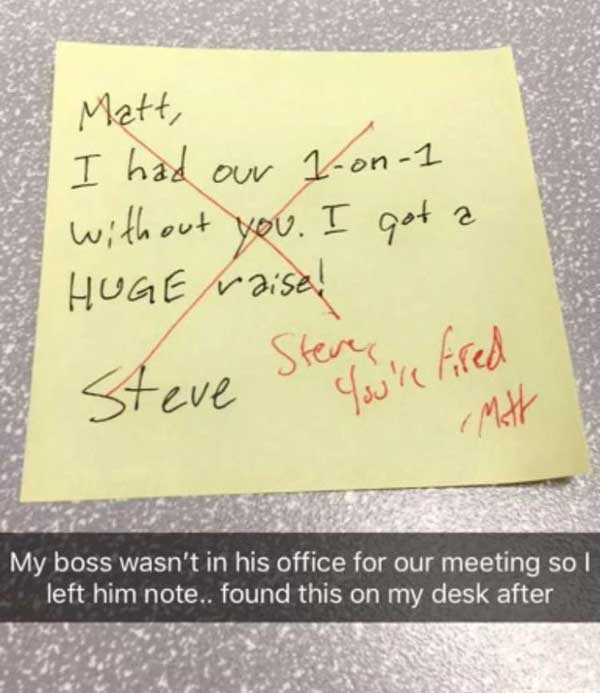 #6 This boss who left this note before heading on vacation: 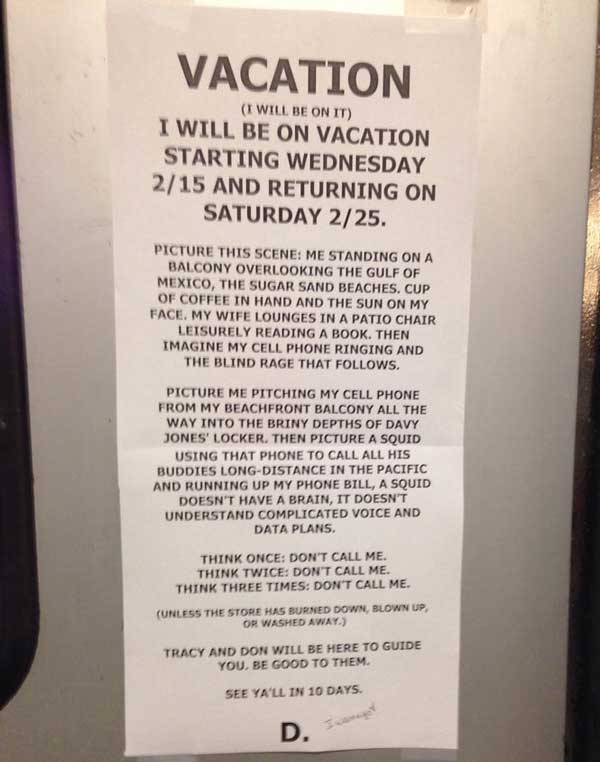 #7 This boss who started a list of their favorite reasons a shift was missed starting with this one: 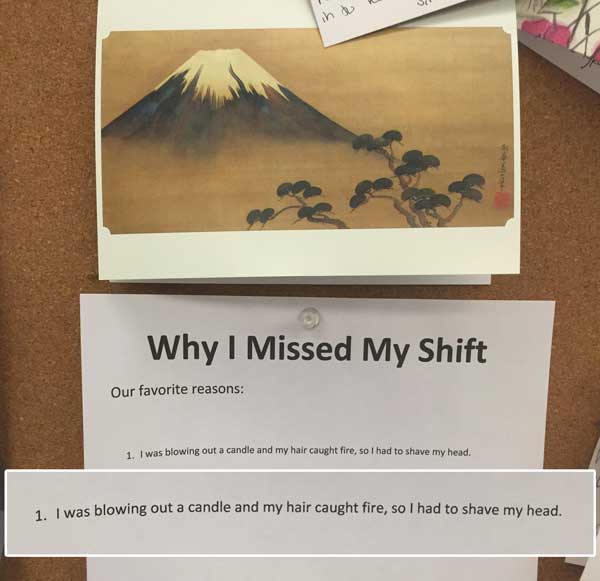 #8 This boss who hung this giant Justin Bieber watch when an employee requested a wall clock: 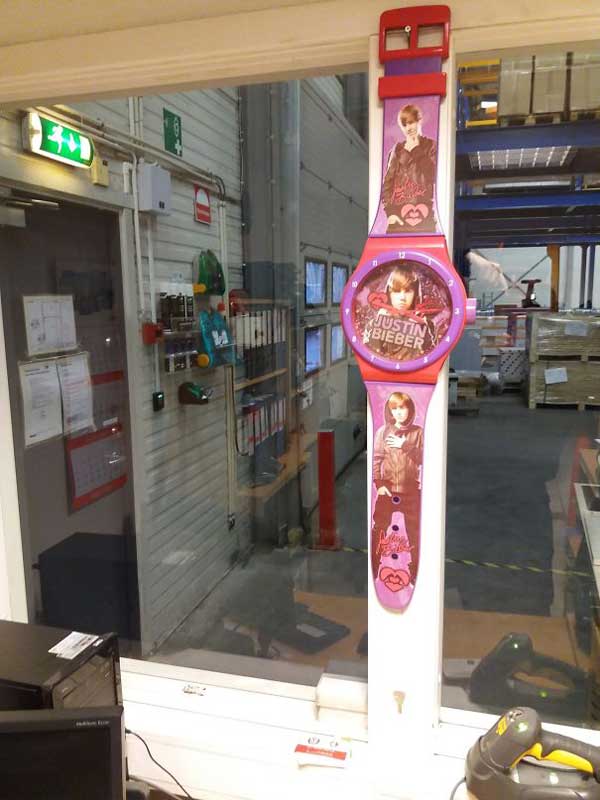 #9 This boss who wrote this message to an employee who got promoted to General Manager: 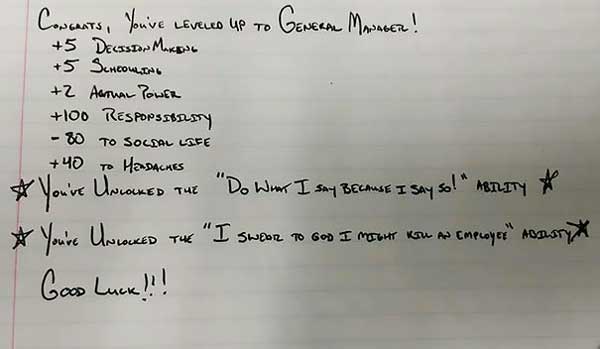 #10 This construction boss who pays their employees in cash and decided to troll one of ‘em with payment in ALL ONE DOLLAR BILLS: 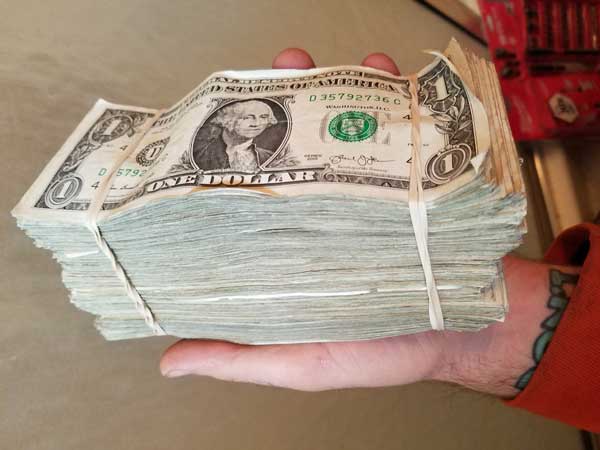 I work in construction and get paid in cash. My boss thinks he’s funny.
OhCoyle / Via reddit.com

#11 This boss who lost a bet to their employee and paid their debts in all pennies: 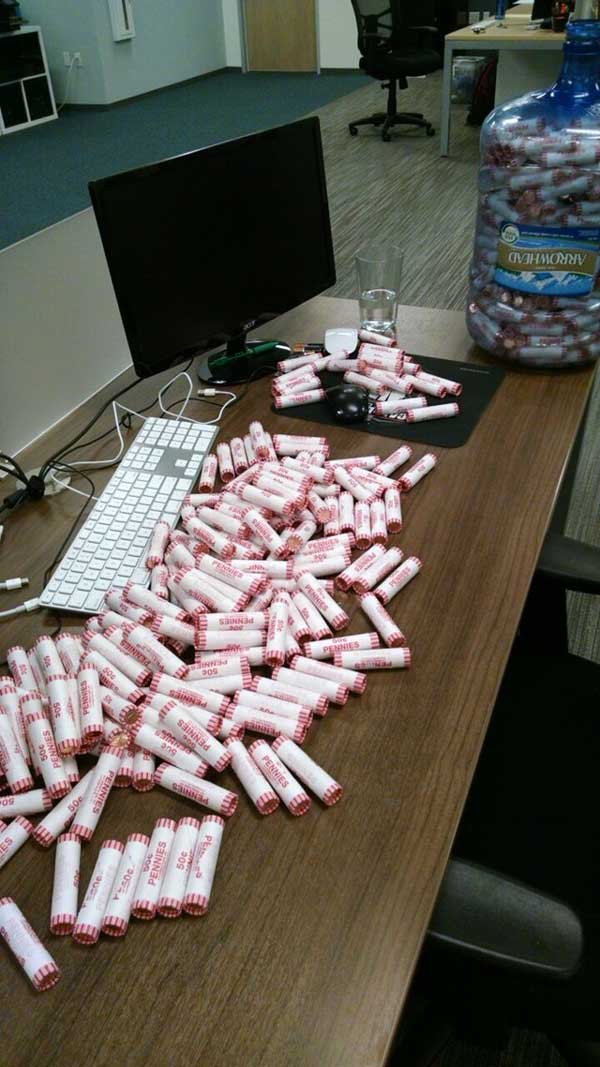 Won a bet against my boss nearly a year ago. Came into work to see that he finally paid me…in pennies.
thenation7 / Via reddit.com

#12 This boss who likes these pens a little too much: 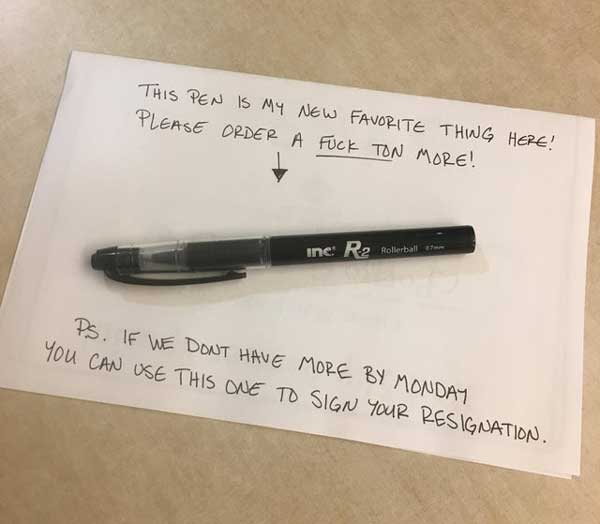 #13 This horrendously rude boss who posts messages like this around the restaurant they’re (somehow) in charge of: 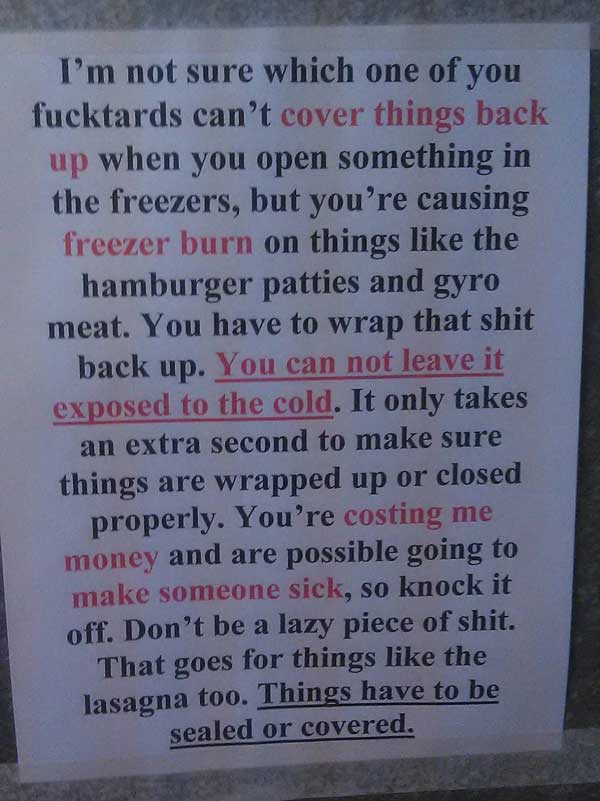 #14 This boss who gave his employee this playful goodbye cake when they got a new job: 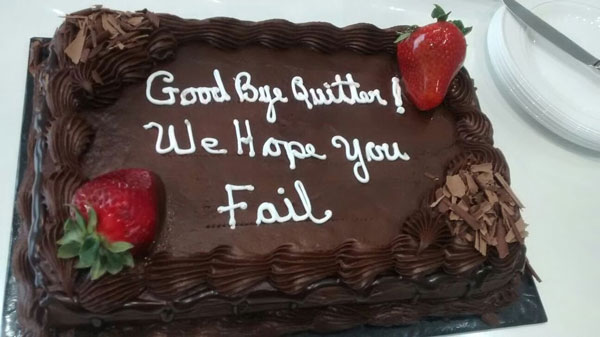 #15 And finally, this boss who gave their employee a fun, supportive message with an A+ signature:

My boss is pretty cool…
AlwaysLeaveNotes / Via reddit.com