20 Jokes For Women That Are Funny Because They’re True

#1
Every time I see a girl in her early 20′s cry over a guy who is older and exponentially worse looking than her and probably doesn’t own bedsheets who won’t commit I’m like wow straight women need to unionize and demand better conditions
ohJuliatweets / Via twitter.com

#2
My friends coined a word: hepeated. For when a woman suggests an idea and it’s ignored, but then a guy says same thing and everyone loves it
NoisyAstronomer / Via twitter.com 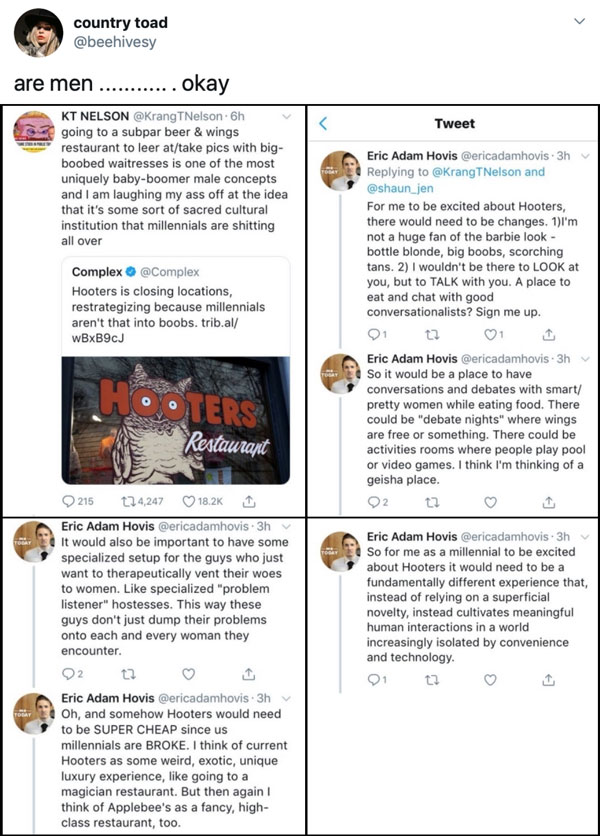 #4
Y’all remember in elementary school when we sent the boys to Jupiter to get more stupider… well they’re back and it worked
katie_phenix / Via twitter.com

#5
Men who get mad when male superheroes are rebooted as women are called Thor losers. Thank you.
OhNoSheTwitnt / Via twitter.com 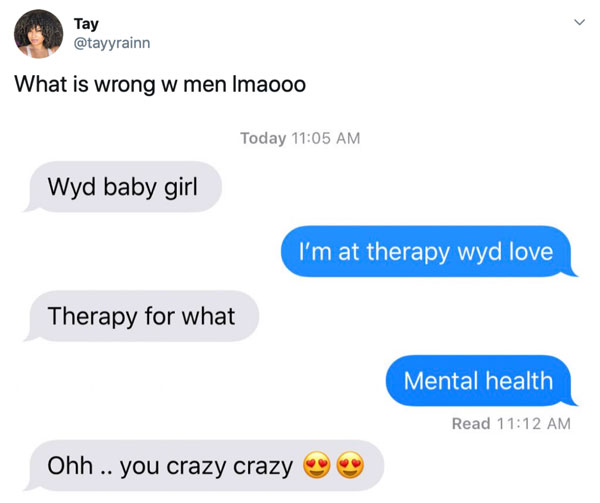 #7
EVERY WOMAN IN MY LIFE: juggling 3 jobs, does yoga, cooks, goes to therapy, remembers everyone’s birthday

THEIR BOYFRIENDS: once almost made a dinner reservation but turns out the place was closed
DanaSchwartzzz / Via twitter.com 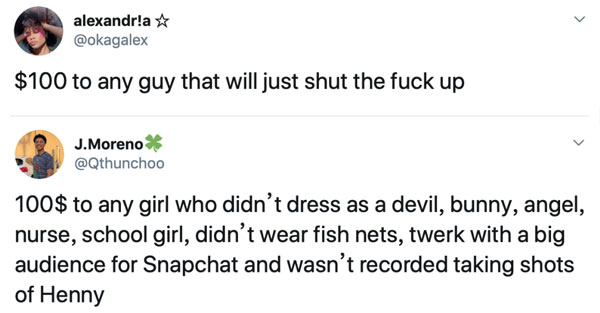 #13
lana del rey just killed more men with the eight words “your poetry’s bad and you blame the news” than a physical weapon ever could
dilemmalord / Via twitter.com

#15
men b like “all i said was women don’t deserve rights why are u mad at me”
doyalikebaileys / Via twitter.com

#20
How is it possible that so few men are in therapy when every single man i’ve ever met should 100% be in therapy
holy_schnitt / Via twitter.com