#1 Friend went on one tinder date with this guy and he was way too clingy, so she told him to chill out. A couple weeks no contact went by and then…

#2 This nice guy who’s put a lot of work into himself. 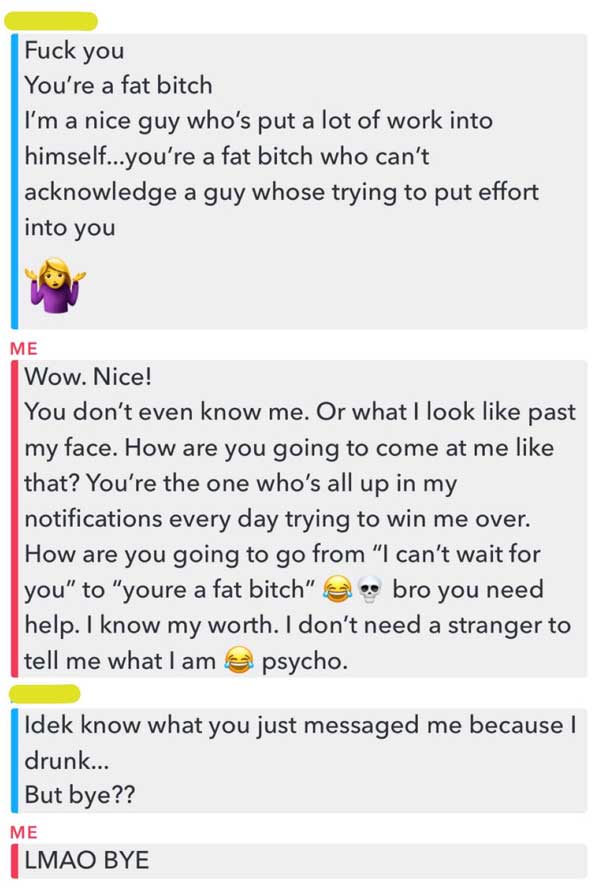 #3 This good guy who went from “It’s an honor to have matched” to ALL-CAP AGGRESSIVENESS. 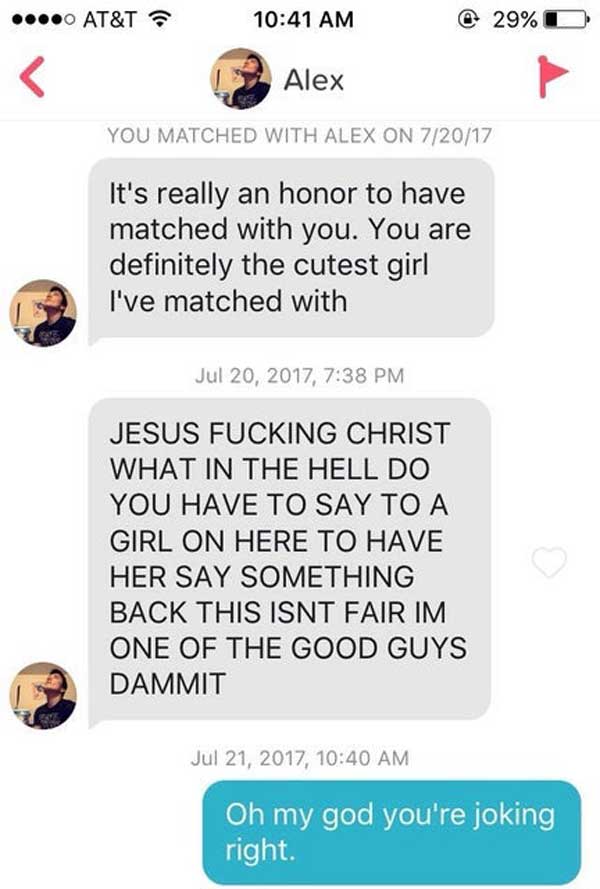 #4 This embodiment of all those times a nice guy was done wrong. 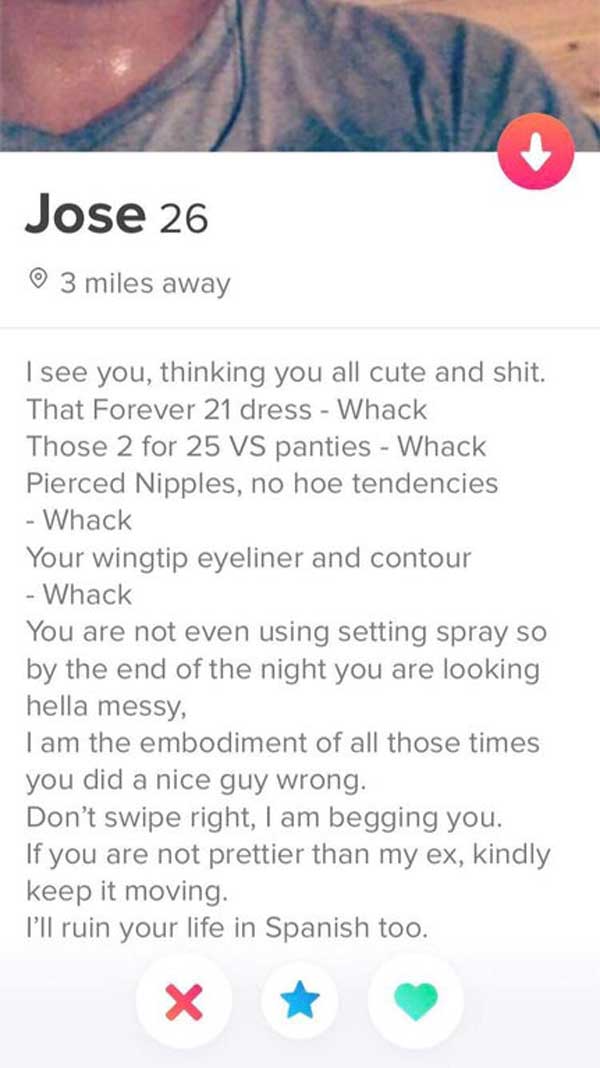 #5 This nice lad who doesn’t want any head games. 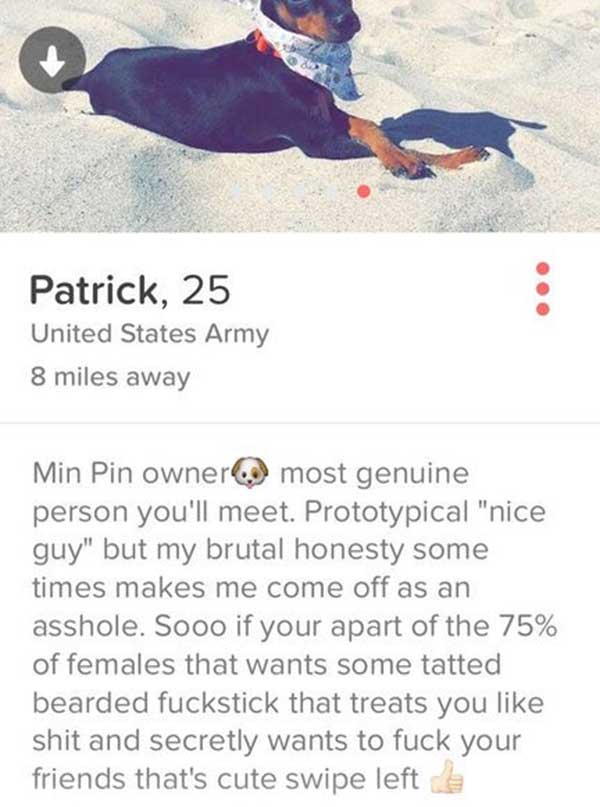 #7 This not-a-di*khead guy who will treat you like a queen. 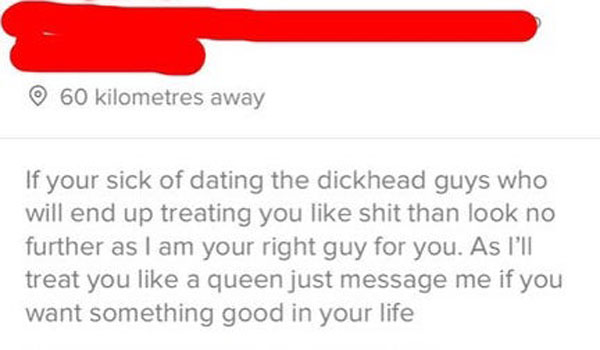 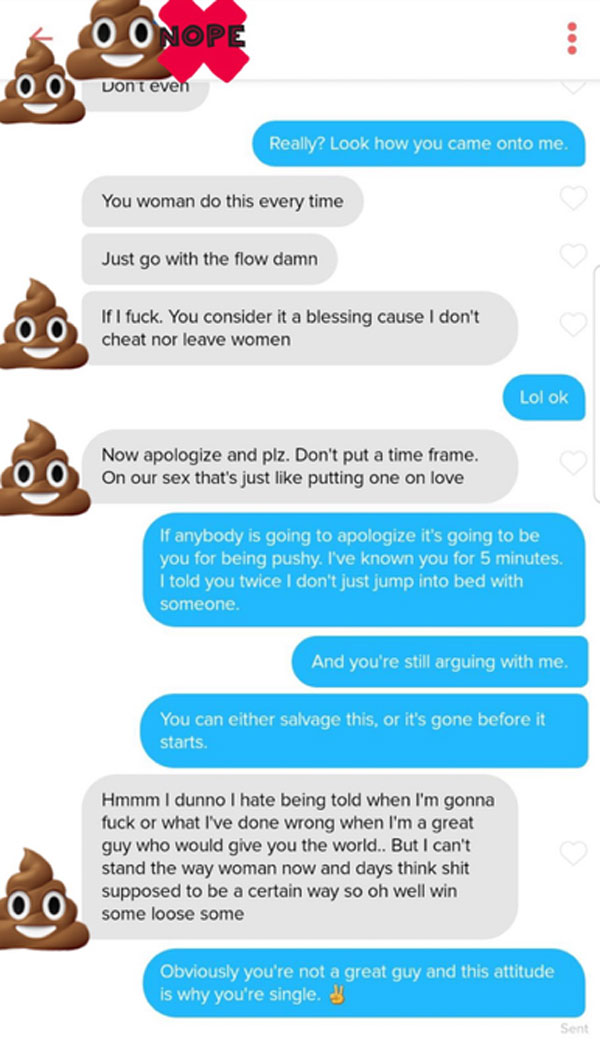 #9 This guy named Zack who has some serious issues. 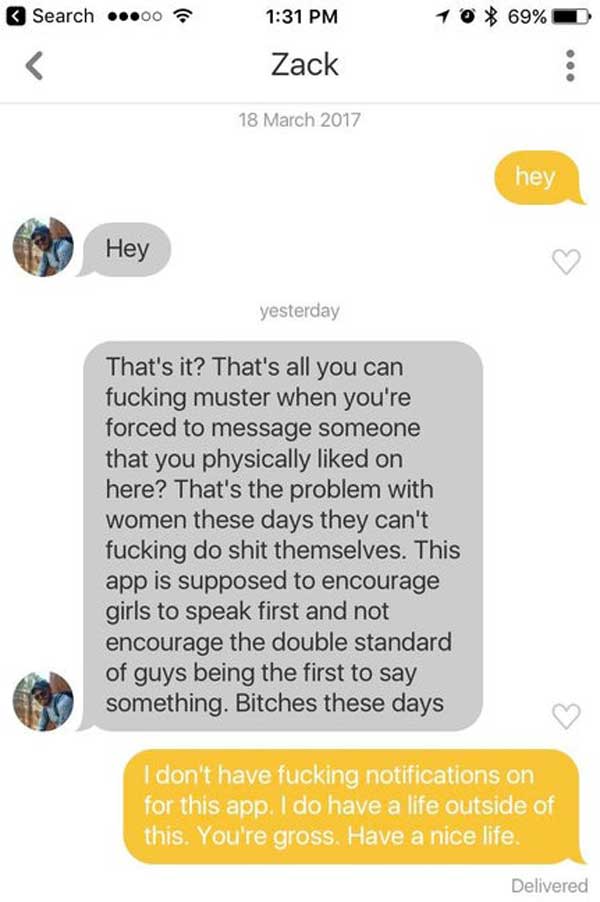 #10 This perfect guy with a not-douchey bio. 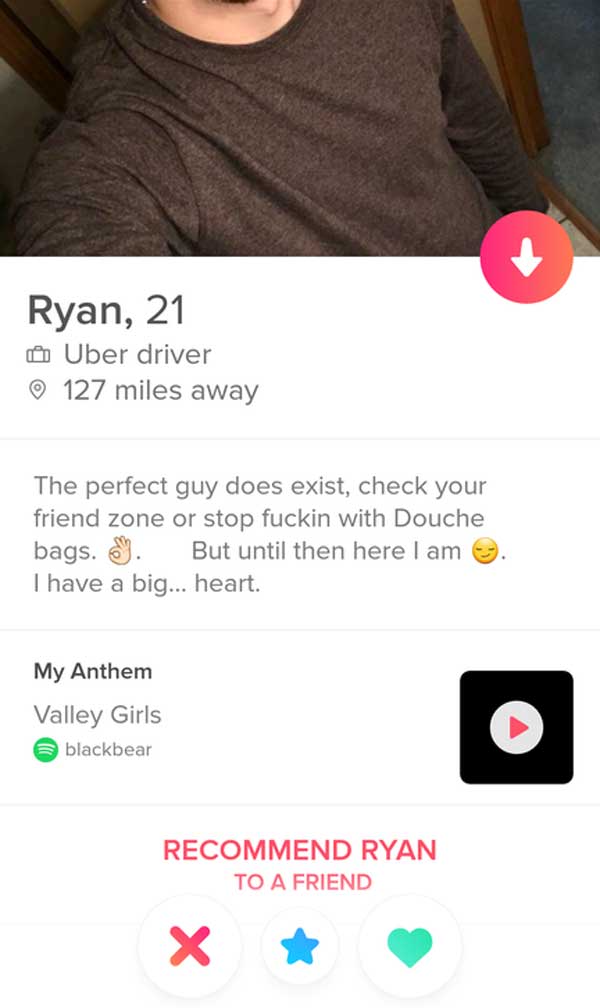 #11 This gentleman who can’t seem to decide if he hates hook-up apps or desperately wants to be part of one. 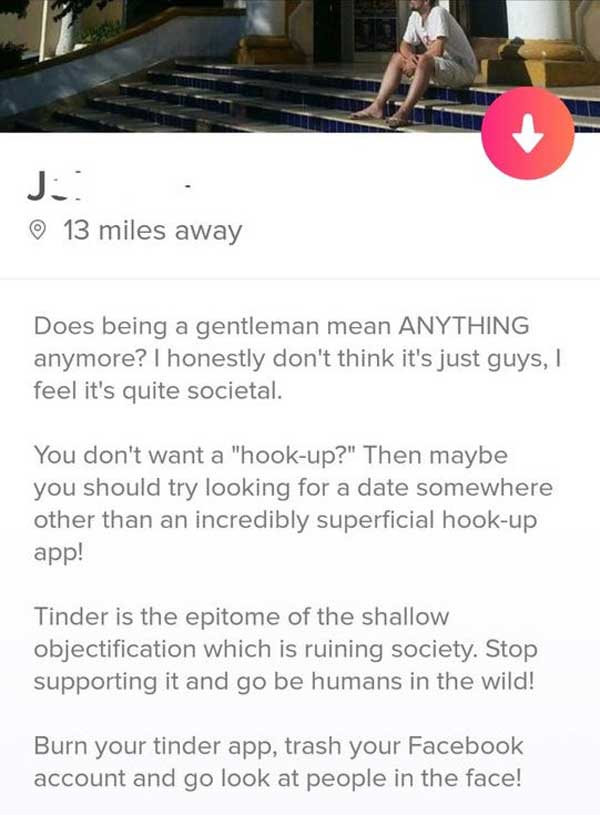 #12 This guy with the high IQ who literally went from “I had a good time” to “Why are you doing this to me?” after 10 minutes without a response. 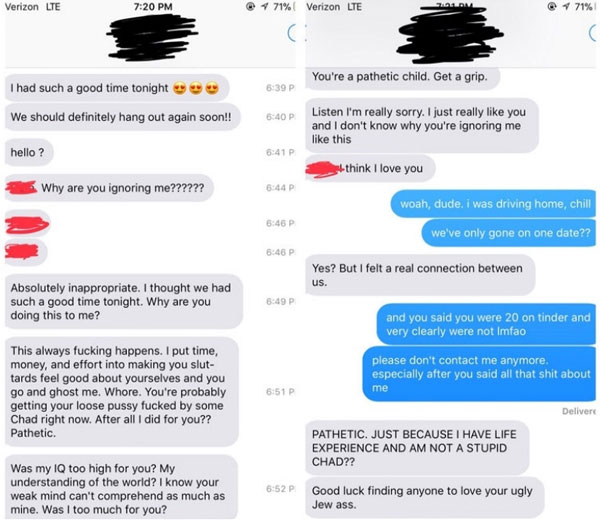 #13 This charming fella who got D-enied HARD. 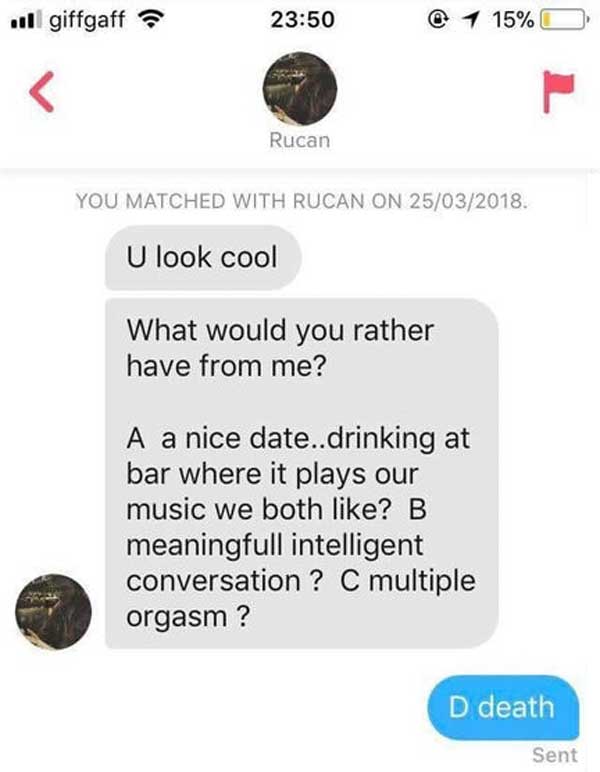 #14 This nice guy who started the conversation well enough to get a “Lmaoooooo” and then IMMEDIATELY RUINED IT. 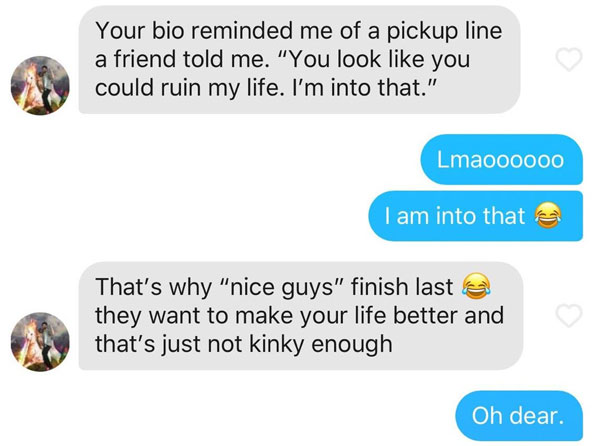 #15 And finally, this dude who really thought this bio was a good idea. Like, he really made the decision to introduce himself this way.
This image has been removed.
cannolifan / Via reddit.com