#1 My grandparents. Then and now. 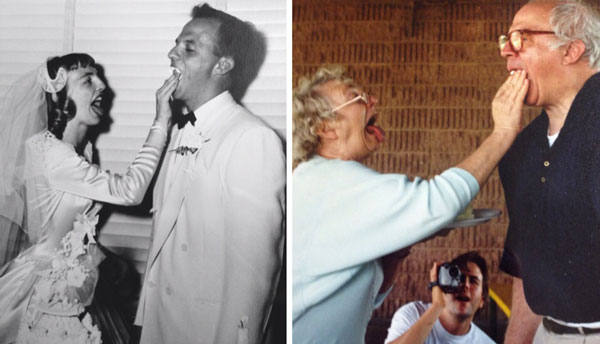 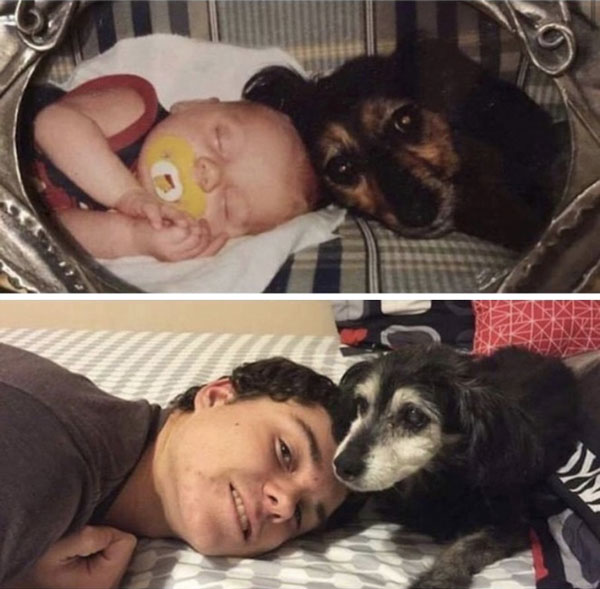 #3 My friend and I acting on stage in high school. 45 Years later, we’re still acting out!

#4 My parents celebrate their 30th anniversary tomorrow. Still laughing together after all these years. 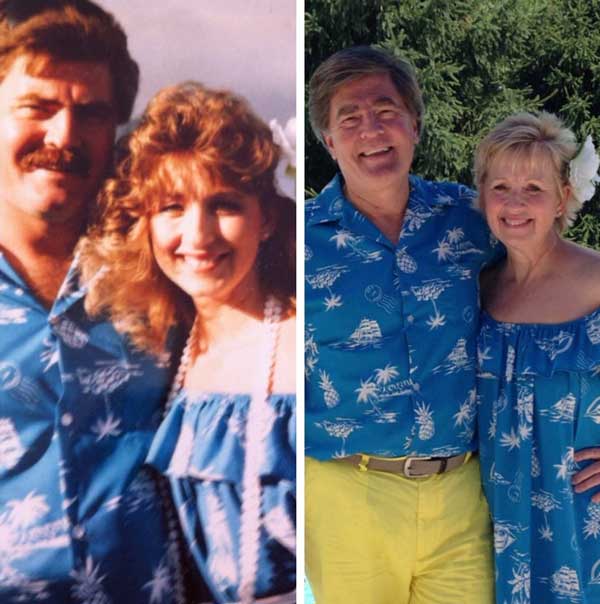 #5 Re-took this picture on NYE with my little brother and his dog, 11 years later. 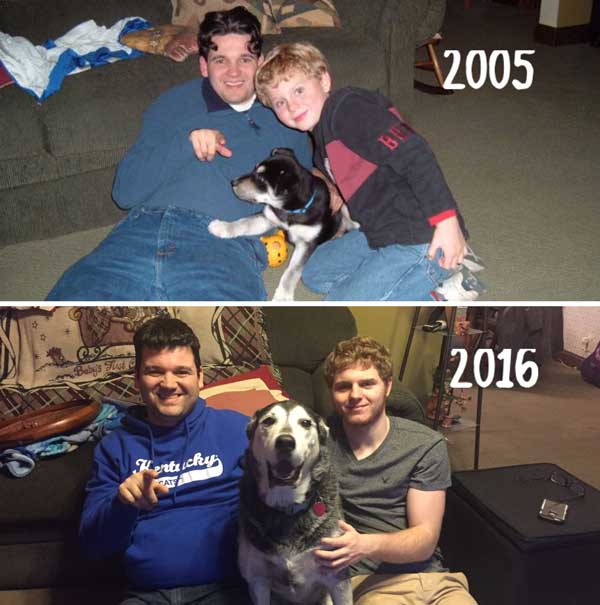 #6 17 years later, Dodger the doxie is on his way to outlive the whole family. 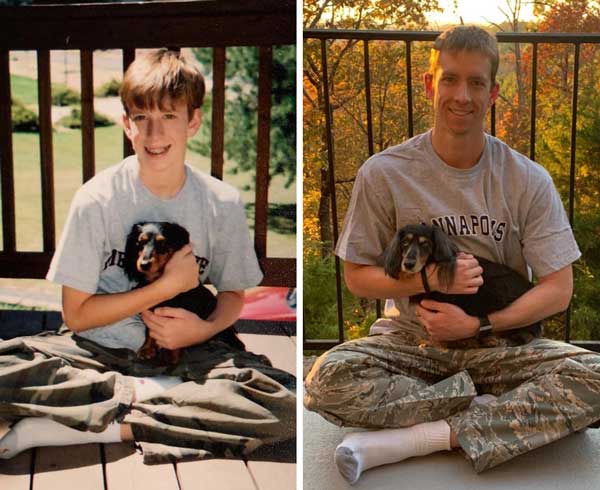 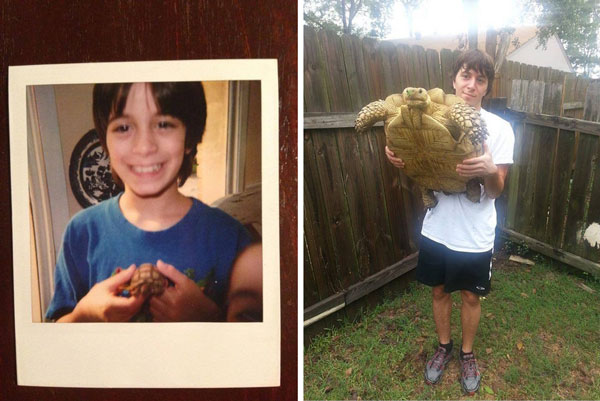 #8 My parents cut their wedding cake today, on their 30th anniversary, after keeping it in the family freezer since they were married! #9 Colorized my grandparents’ 1953 wedding photo for Christmas, they’ve been together 65 years! 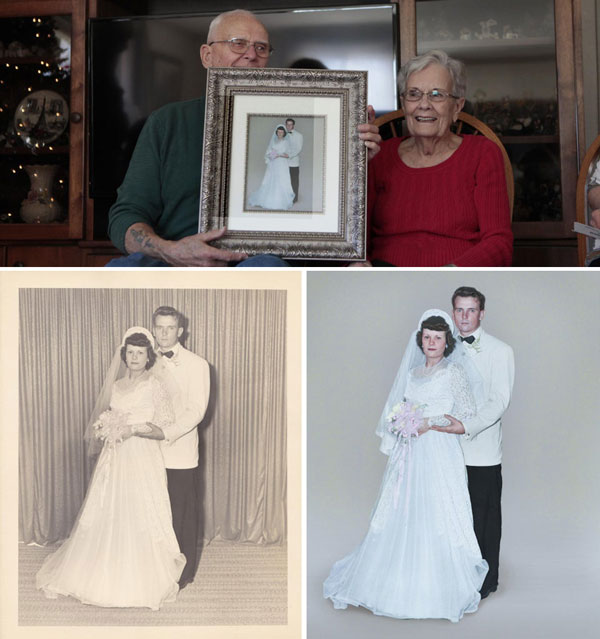 #10 On October 6th, 2018 I was lucky enough to marry my high school sweetheart. After 8 long years, I am so blessed to be his wife! 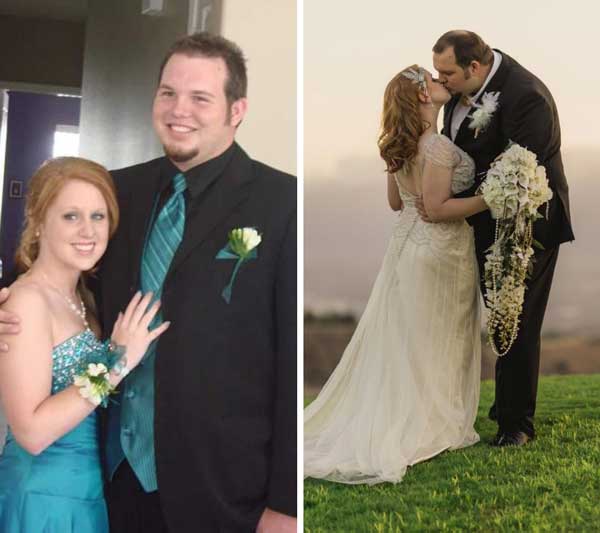 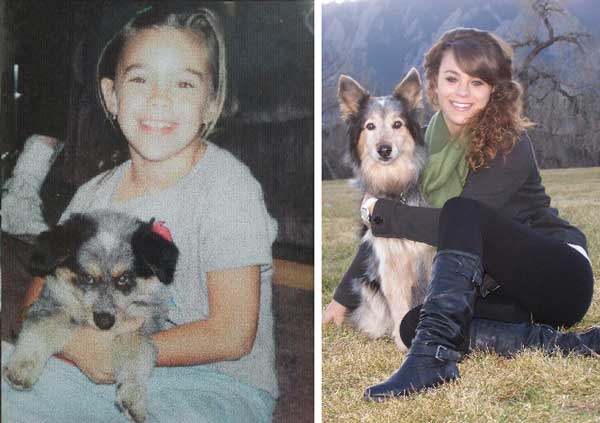 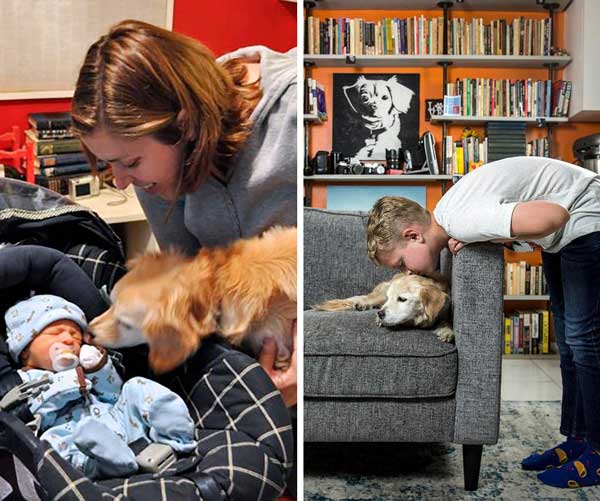 #13 My grandparents on their wedding night, and 60 years later. 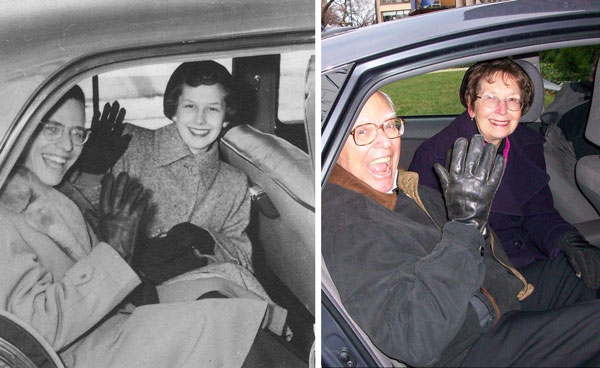 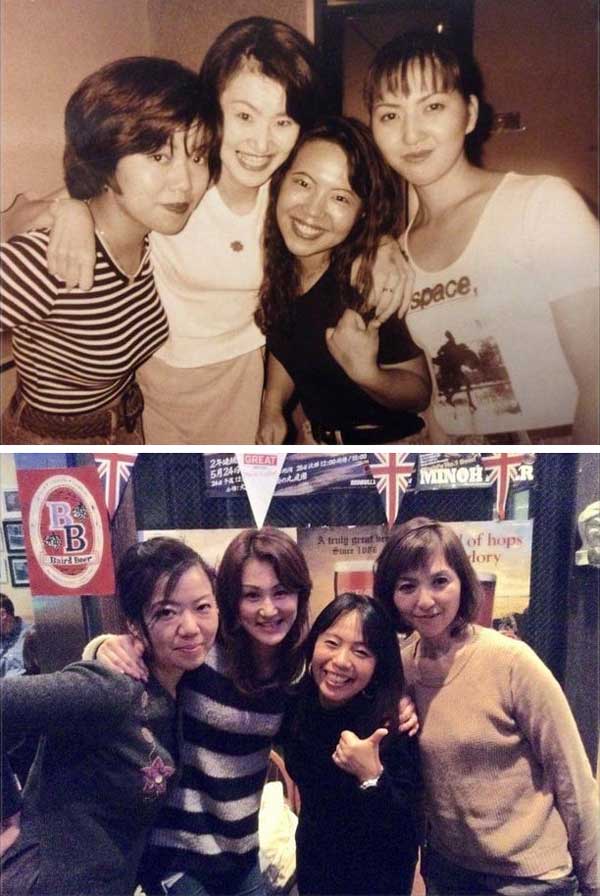 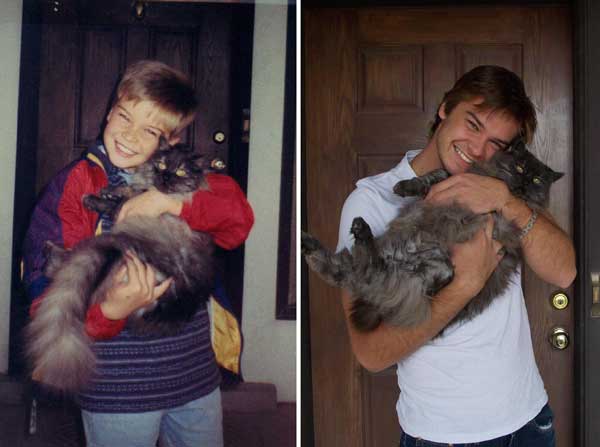 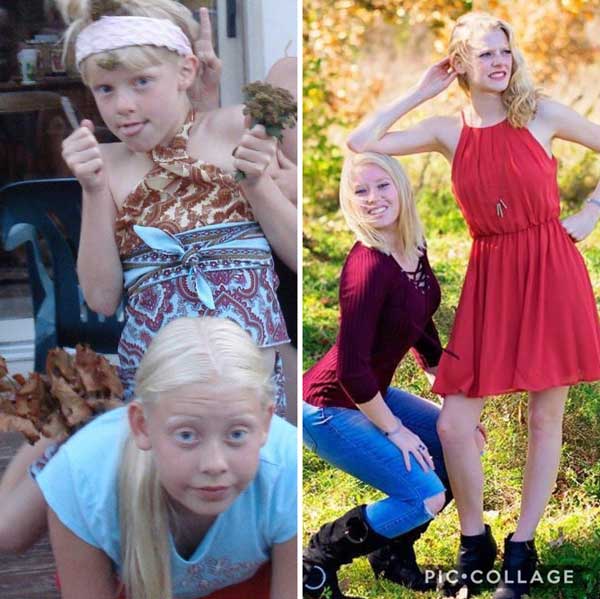 #17 My Grandmother wearing her original wedding dress on her 60th anniversary with my Grandfather. They are a testament to true love and commitment. 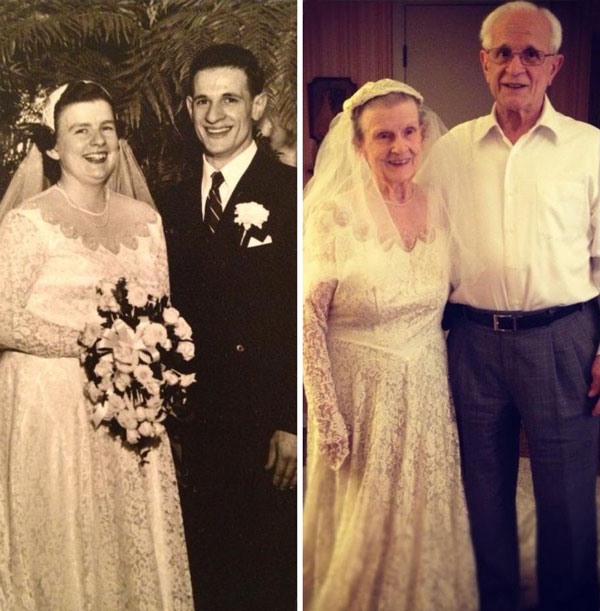 #18 My parents passed through San Francisco on their honeymoon in 1982. I live here now, and they visited for Thanksgiving this year, so we decided to re-create this photo 32 years later. 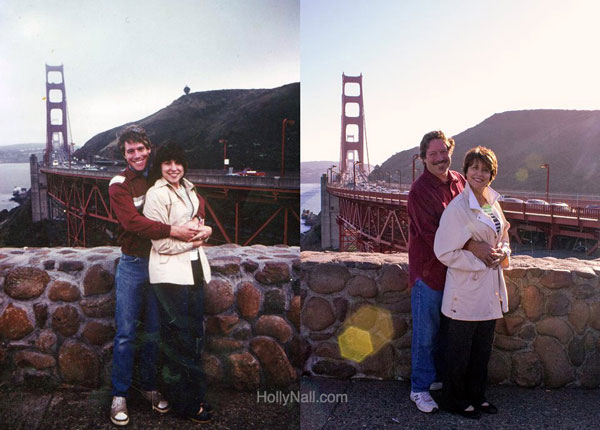 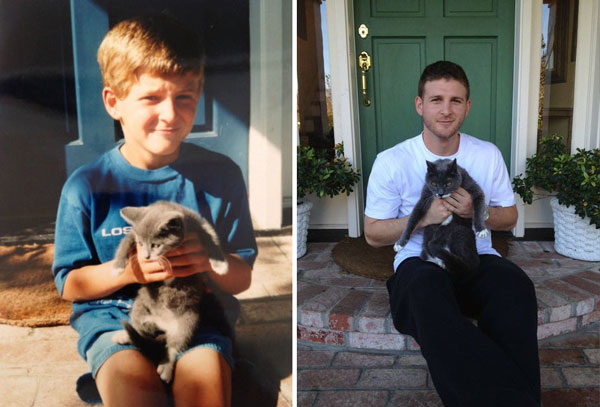 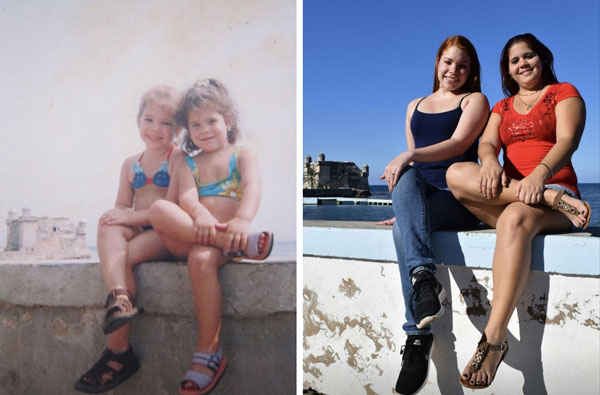 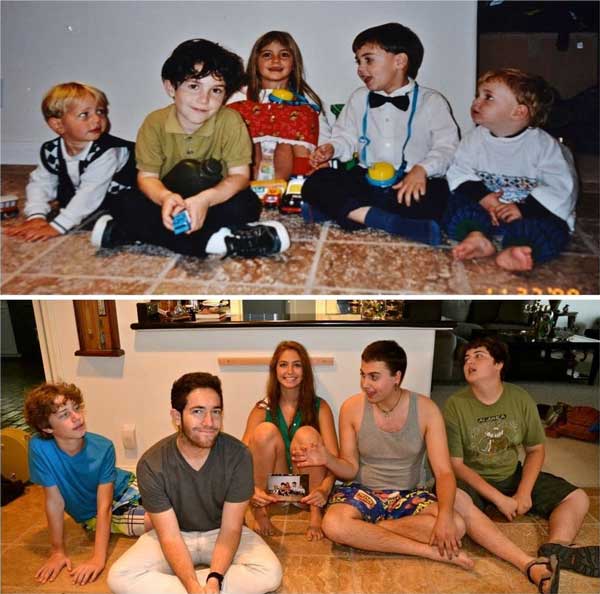 #22 A flower girl and ring bearer from wedding get married 20 years later. 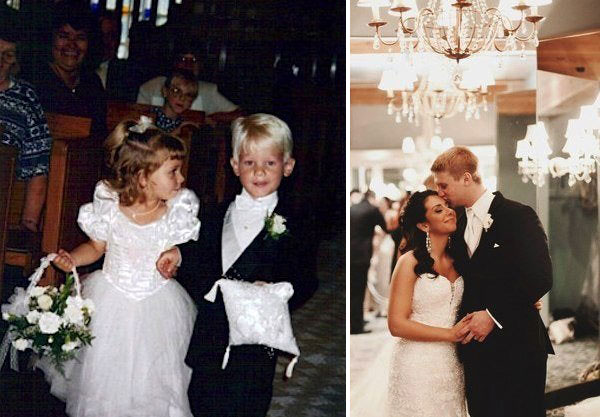 Here’s Some Travel Hacks For Saved You Money
16 College Campus Posters That Tried, They Really Tried
24-String Bass Guitar
What Events Happened on October 12 in History?