#1
dumbledore: harry must be safe
snape: ok but can i be a di*k to him
dumbledore: what
snape: like, idk, if i wanted to tell him he’s an even bigger pathetic fu*ken loser than his dead dad i can right lol
dumbledore: are u okay
leakypod / Via twitter.com

#2
severus snape, dying: harry………….your mom was fine as hell. she was so fu*king hot. i wanted to bang the sh*t out of her but she friendzoned me for your dumba*s chad father. *dies*
harry: wow. he was a great man after all
watery_day / Via twitter.com

#3
Hagrid: with Harry until the end, the first person ever to be a friend to him, helped him and his friends in school
Snape: torment and hate towards Harry and his friends, was his friend for 2 min Harry: “naming my kid Severus”
Hagrid: “am I a joke to u”
Ghostly_Entity / Via twitter.com 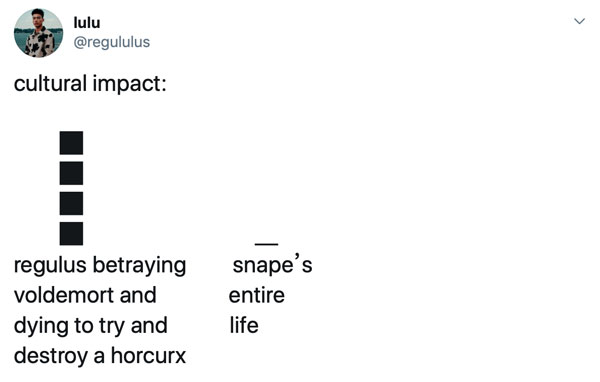 #6
haven’t been the same since someone called kylo “diet snape” tbh
dunwaIl / Via twitter.com 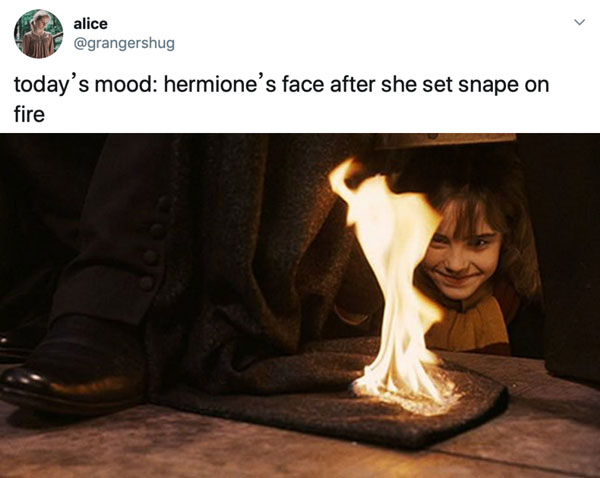 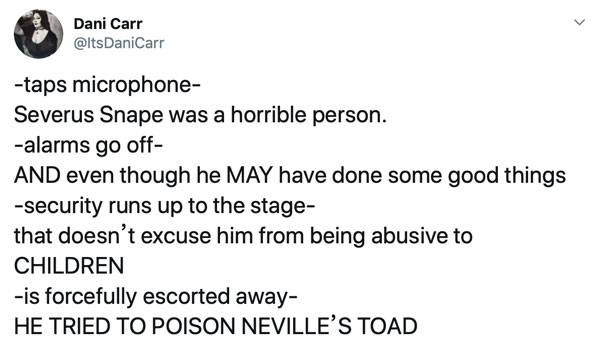 #10
The saddest thing about Snape’s death was that Neville never got to work at Hogwarts at the same time as him
“Good morning, Severus! Just heading off to my job that I’m good at and gives me purpose and then home to my wife who loves me. You?”
Manna_Festo / Via twitter.com

#11
what she says: i’m fine
what she means: In Deathly Hallows, Harry Potter tells his son that Snape was the bravest man he ever knew. But in Chapter 3 of Prisoner of Azkaban, he says “Hagrid was one of the bravest people he knew” so why did he never name any of his kids after him?
hugvvarts / Via twitter.com

#12
who remembers when snape called hermione an insufferable know it all and ron told him, “you asked us a question and she knows the answer! why ask if you don’t want to be told?” iconic
mrcuders / Via twitter.com 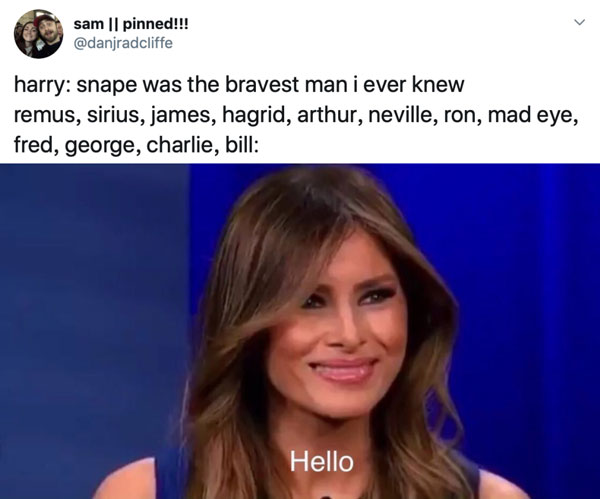 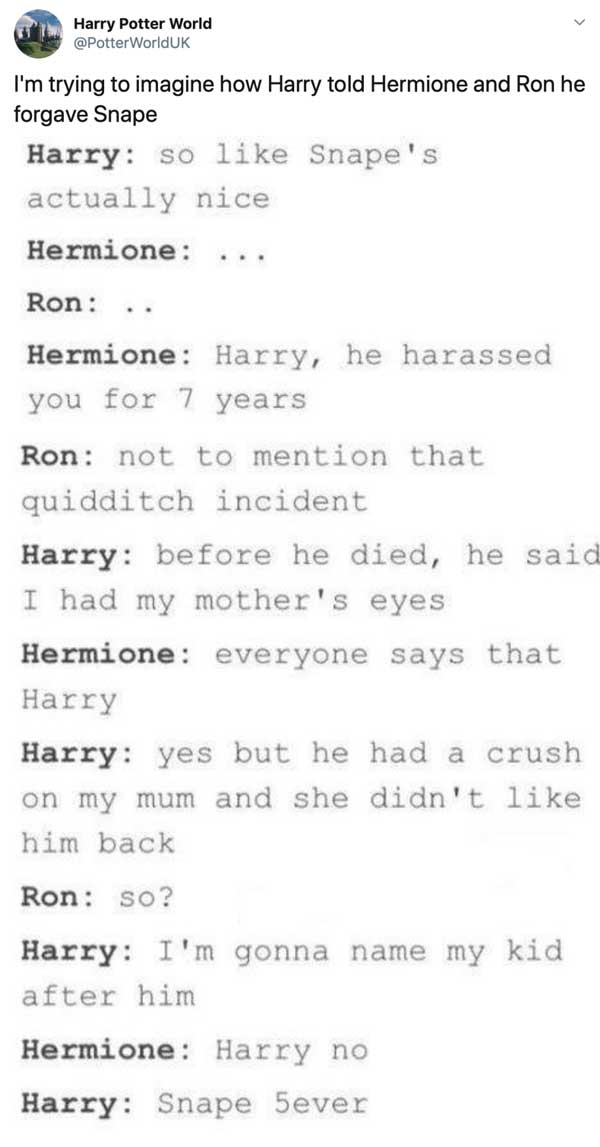 What Disease is the #1 Killer of Women?
Why Do People Run Away From Home?
20 Moving Photos That’ll Tug At Your Heartstrings Right Away
14 Parents Who Are Off Their Rockers (But In The Most Endearing Way)