Recently, Reddit user u/Mrs_B1979 asked r/AskReddit, “Instead of discussing toxic masculinity, what does positive masculinity look like?” Here are some of the best, most heartwarming answers: 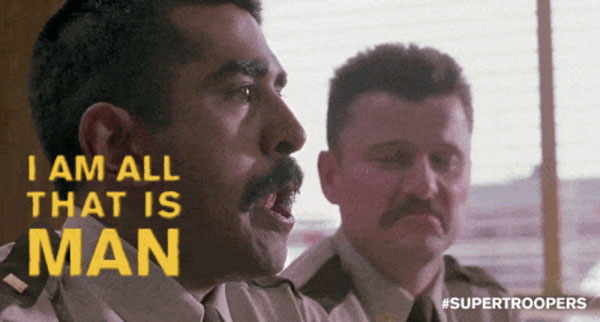 #1
“Being a great and present dad.”
its_sammyy / Via reddit.com

#2
“When I went to the gym after being sick all week, the most BUFF superhuman who I saw almost every time I went to work out walked up to me and said, ‘Where were you, bro? I hope you didn’t decide to change gyms!’”
Ronnylicious / Via reddit.com

#3
“Realizing that you can be strong and still be kind. In fact, the greatest display of strength is to have power and not use it.”
Edymnion / Via reddit.com

#4
“I think being able to process negative feelings and energy shows a ton of power and is an example of positive masculinity.”
right-to-die / Via reddit.com

#5
“Knowing that force doesn’t have to be physical. Like if you see someone berating someone else, you could talk them down without having to get to their level and yelling.”
other1istaken / Via reddit.com

#6
“Being confident and trusting in yourself so much that you feel safe doing things that are considered non-masculine.”
deterministic_lynx / Via reddit.com

#7
“Expressing your affection for those you care about. Men can have platonic male friends and still hug them hello and goodbye. That’s allowed!”
meowtiger / Via reddit.com

#8
“Treating women (and non-binary individuals) with the same respect you treat men, which should be the utmost, because all people deserve respect and dignity.”
meowtiger / Via reddit.com

#9
“Just being aware and self-reflective about your effect on those around you, and look to improve and communicate.”
crackbaby123 / Via reddit.com

#10
“Knowing that going to therapy and getting help doesn’t make you any less of a man.”
JGruesome / Via reddit.com

#11
“Being protective, but leaving space for the people you protect to learn to be their own first line of protection.”
deterministic_lynx / Via reddit.com

#12
“When I was in high school, I cut my finger and my teacher only had princess Band-Aids so I had to use one. In my next class, the guy sitting next to me said my Band-Aid looked sick and he wanted one too.”
WrathOfLore / Via reddit.com

#13
“I, a 24-year-old adult male, got lost at night walking to a train station my first time alone in NYC. I walked right up to the two BIGGEST guys I could find on the street and told them that I was lost and nervous, and they were kind enough to safely escort me to the train.”
thefartographer / Via reddit.com

#14
“Looking after your friends, especially your guy friends. Women seem to look out for each other in ways that men are taught not to.”
ThatsASaabStory / Via reddit.com

#15
“Positive masculinity lifts other people up to accomplish their best. It says that you can accomplish your goals, and you have everything you need to do so.”
spelingpolice / Via reddit.com