27 Photos That Will Make You Reevaluate Your Entire Existence

Maybe you’ll have to stop for a second and re-evaluate how you perceive everything around you!

#1 This is the Earth, a planet that we all currently live on. 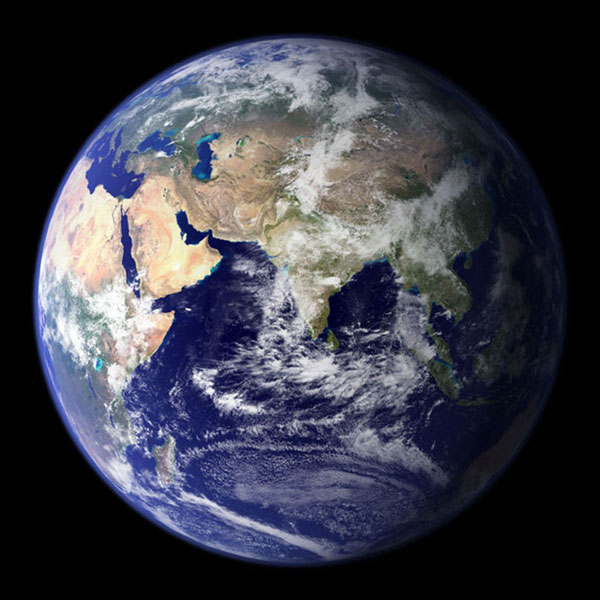 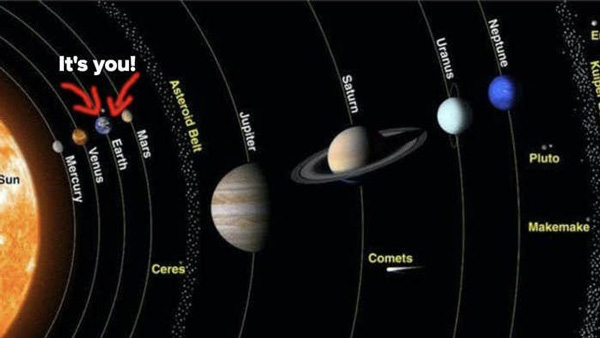 #3 Here’s the distance, to scale, between the Earth and the moon. Doesn’t look too far, does it? 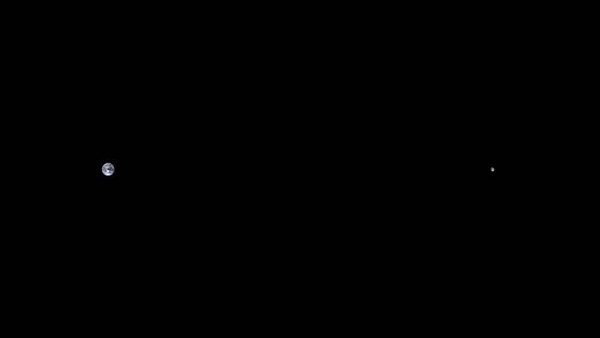 #4 THINK AGAIN. Inside that distance you can fit every planet in our solar system, nice and neatly. 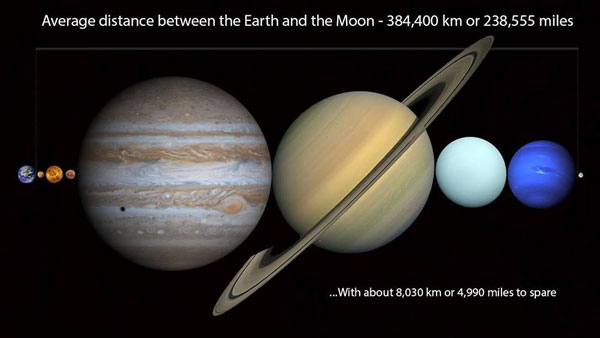 #5 But let’s talk about planets. Jupiter is our giant of the solar system. It is so big that the entire continent of North America looks like a green speck on it 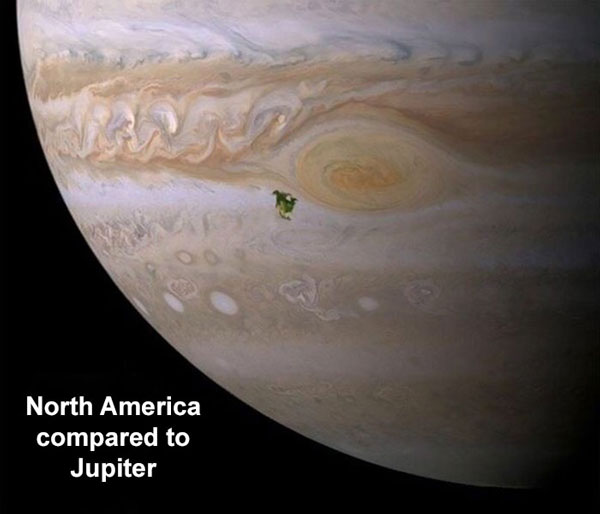 #6 Another big body is Saturn. Here you can see how big it is compared to Earth (or 6 of them) 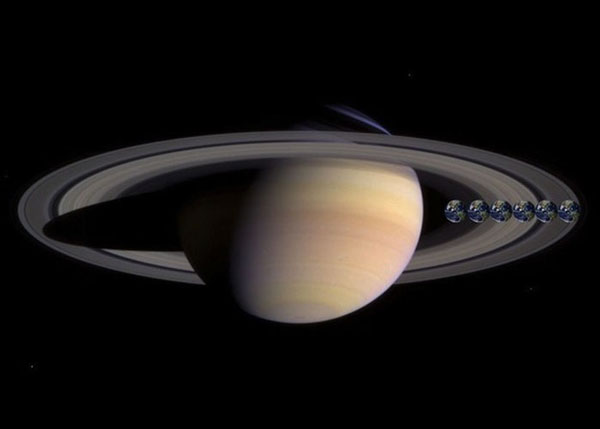 #7 If Saturn’s rings were placed around Earth, here’s how they would look 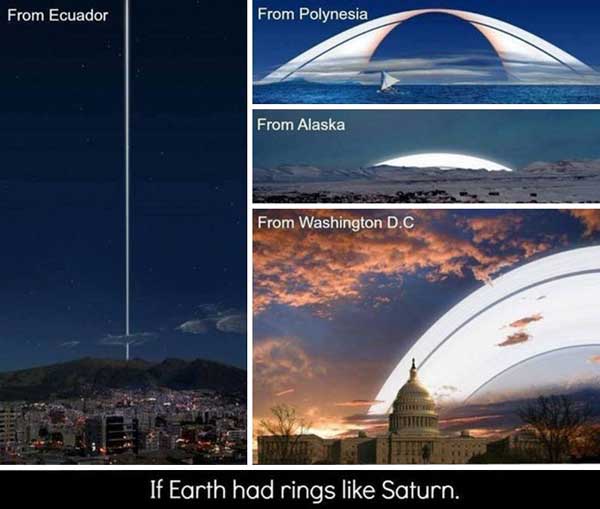 #8 Our observation of other objects in the universe have improved quite a bit, and these images of Pluto are a good example 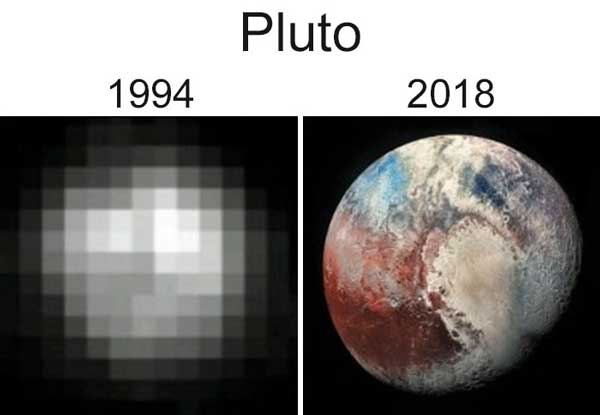 #9 Here’s how an artist imagined Rosetta’s Comet (67P/Churyumov–Gerasimenko) would look when compared to the size of downtown Los Angeles. 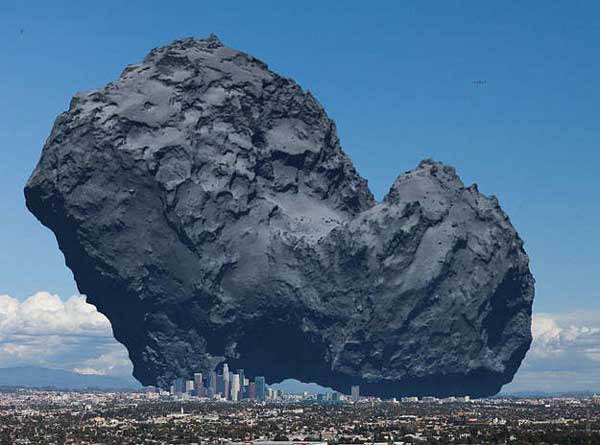 #10 But that’s nothing compared to our sun. Just remember: 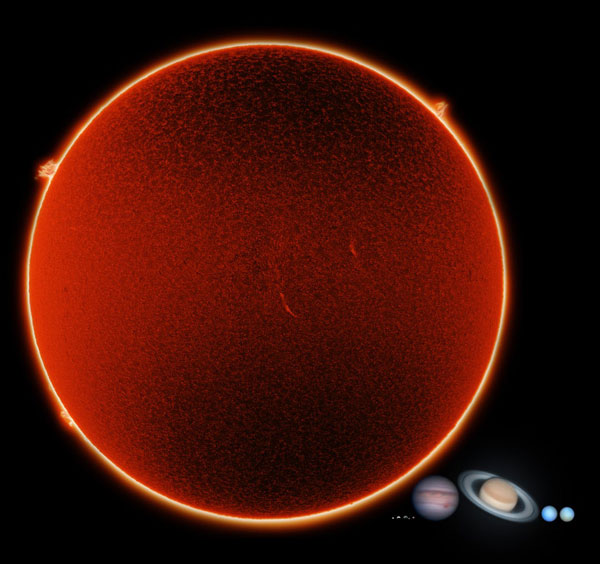 #11 This is how Earth looks from the surface of the Moon, not too bad? 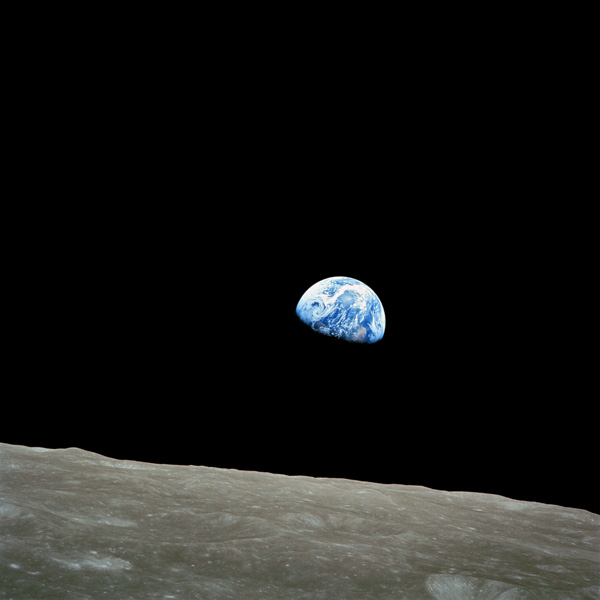 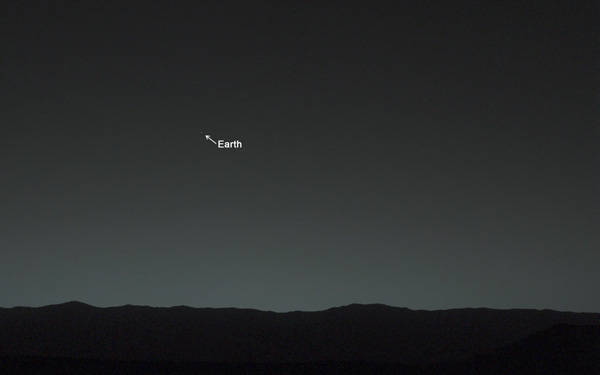 #13 Here’s you from just behind Saturn’s rings: 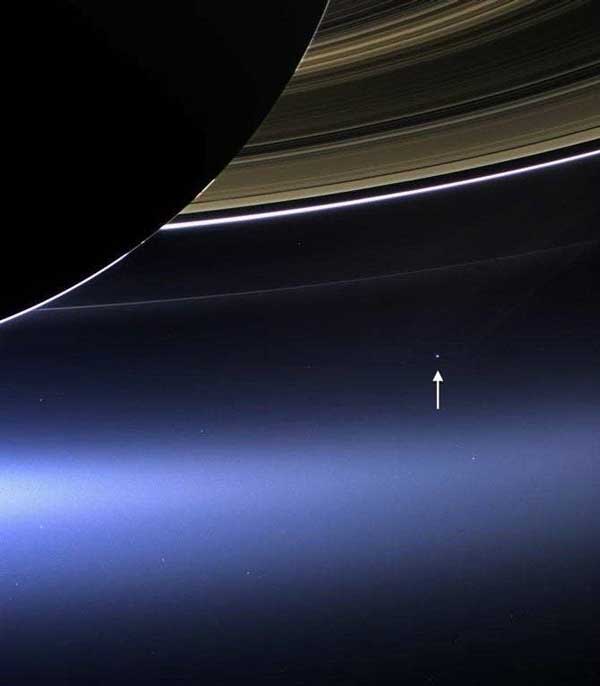 #14 Around 2.9 billion miles away, just beyond Neptune, we seem smaller than a grain of salt 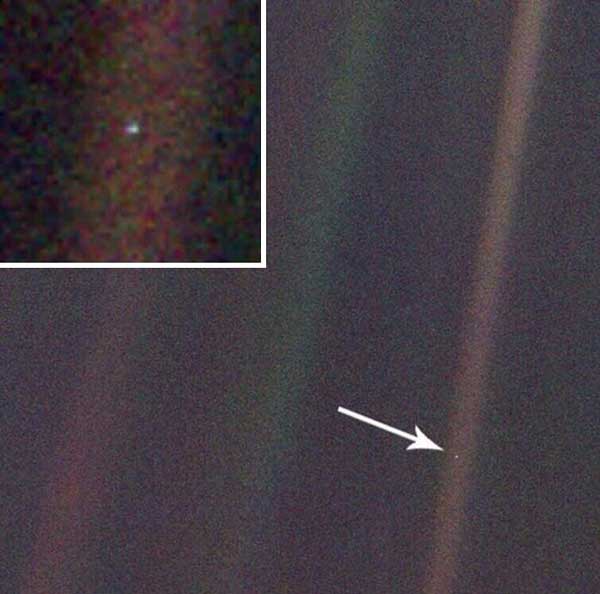 #15 Let’s step back a bit. Here’s the size of Earth compared with the size of our sun. Terrifying, right? 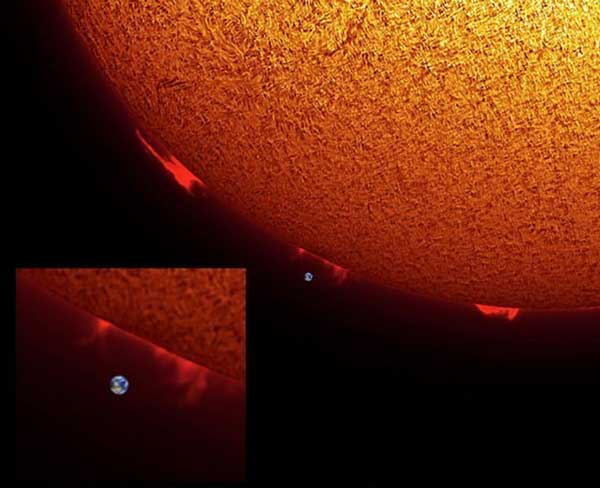 #16 And here’s that same sun from the surface of Mars: 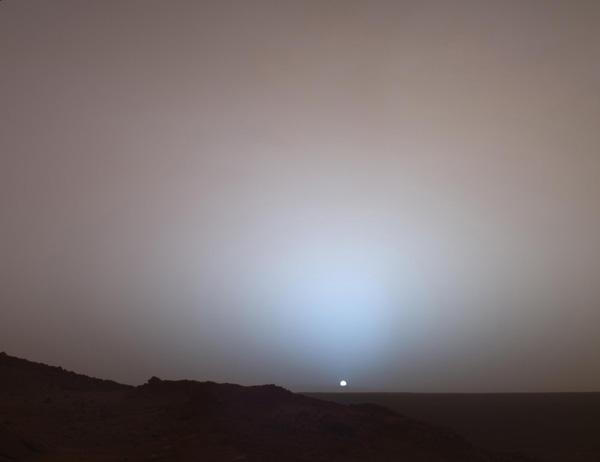 #17 There are so many stars in the universe that their number outweighs how many grains of sand there are on Earth’s beaches. 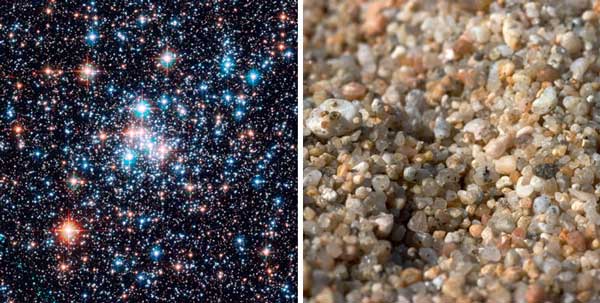 #18 Which means that there are ones much, much bigger than our little puny sun. Just look at how tiny and insignificant our sun is compared to VY Canis Majoris, one of the biggest stars we know of: 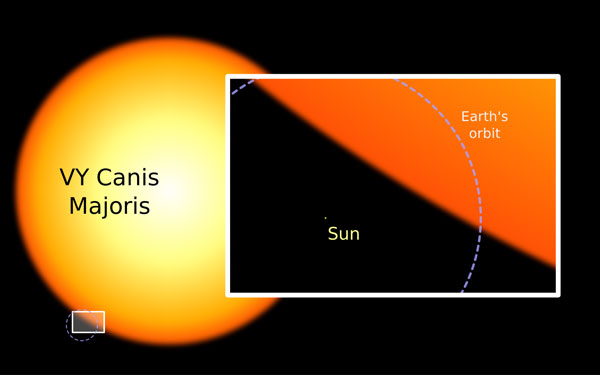 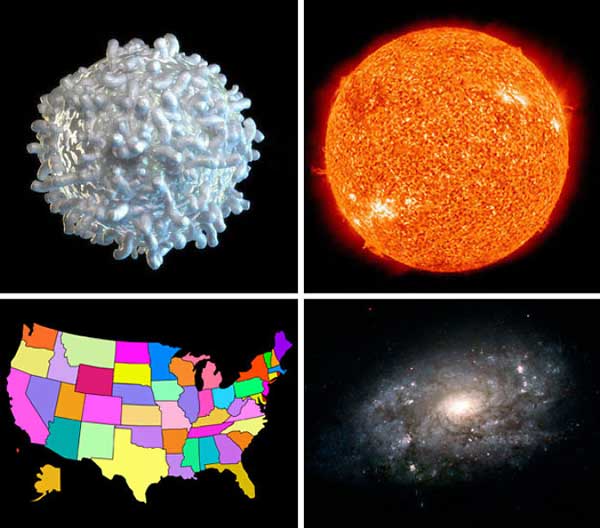 #21 That’s because the Milky Way galaxy is huge. This is where you live inside there: 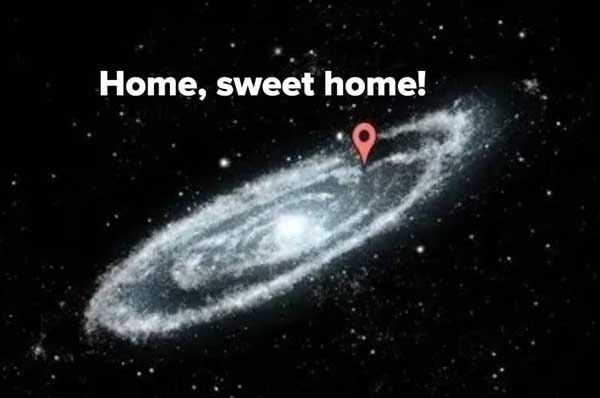 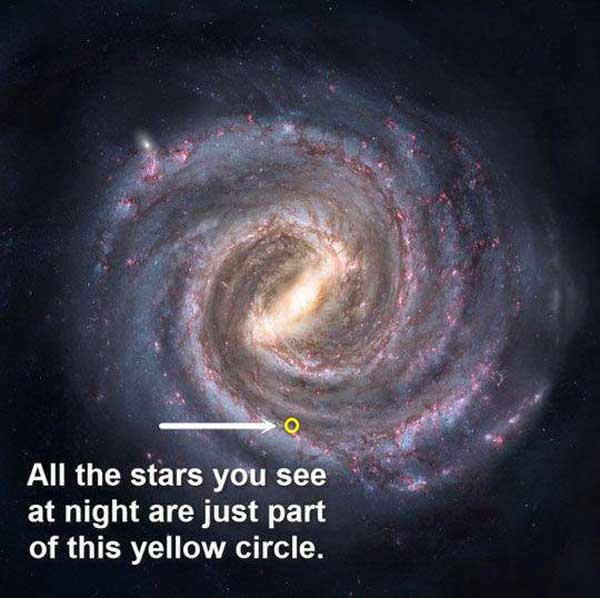 (That’s not a picture of the Milky Way, but you get the idea.)
lucybrockle / Via twitter.com

#23 But even our galaxy is a little runt compared with some others. Here’s the Milky Way compared to IC 1011, 350 million light years away from Earth: 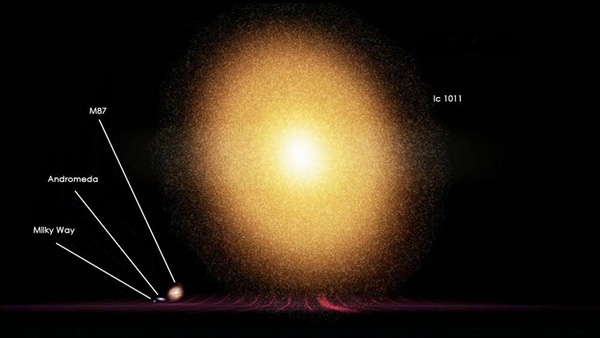 Just THINK about all that could be inside there.
smokeinpublic / Via twitter.com

#24 But let’s think bigger. There are thousands and thousands of galaxies in this picture taken by the Hubble Space Telescope, each containing millions of stars, each with their own planets. 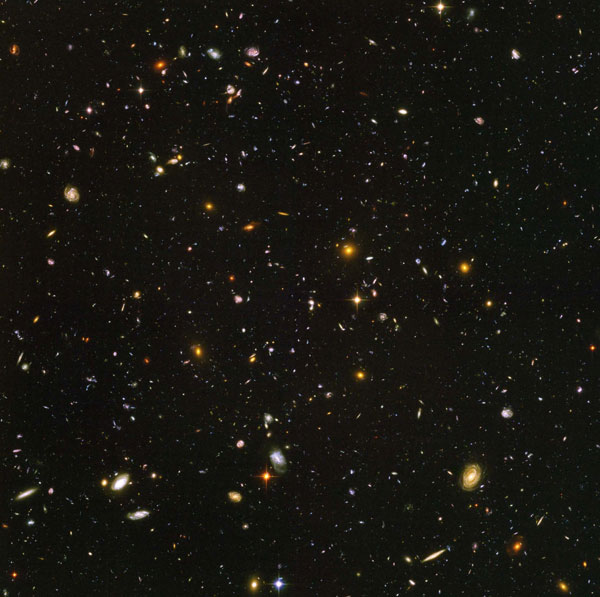 #25 Here’s one of the galaxies pictured, UDF 423. This galaxy is 10 BILLION light years away. When you look at this picture, you are looking billions of years into the past. 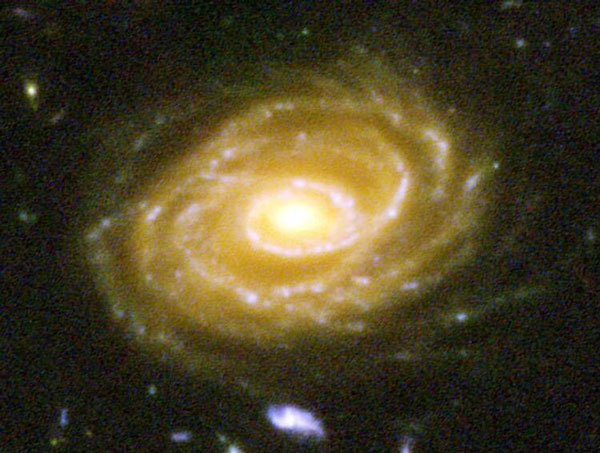 Some of the other galaxies are thought to have formed only a few hundred million years AFTER the Big Bang.
wikisky.org

#26 And just keep this in mind — that’s a picture of a very small, small part of the universe. It’s just an insignificant fraction of the night sky. 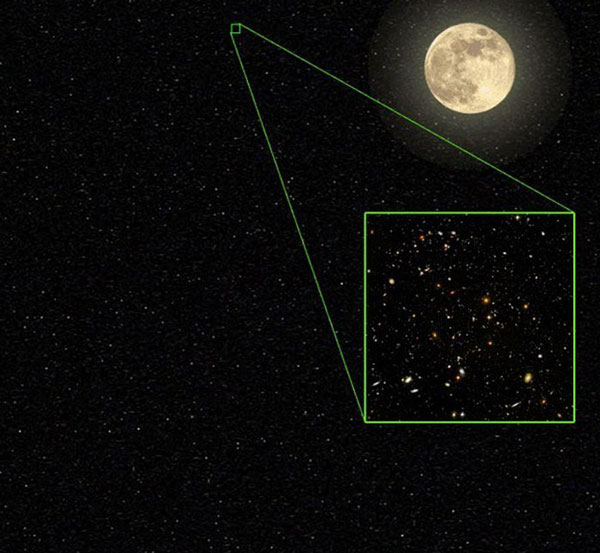 #27 And if you came here expecting black holes, here it is! This one’s compared to Earth’s orbit. Terrifying, isn’t it? 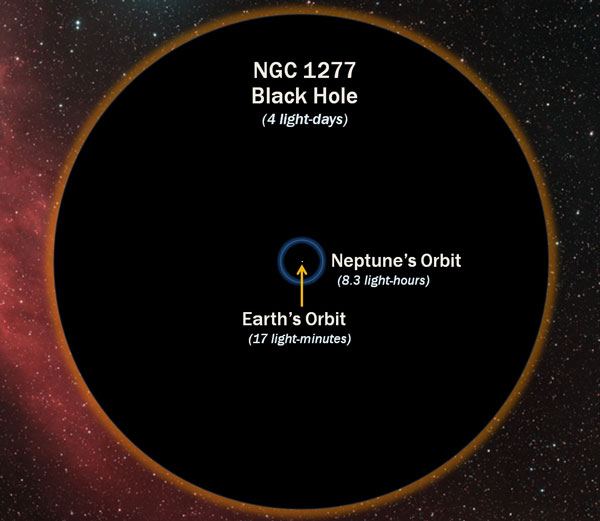