Engineers Fix Original Defects in the Statue of Liberty

The Statue of Liberty is probably the best known monument in the world and is a global symbol of freedom and democracy. 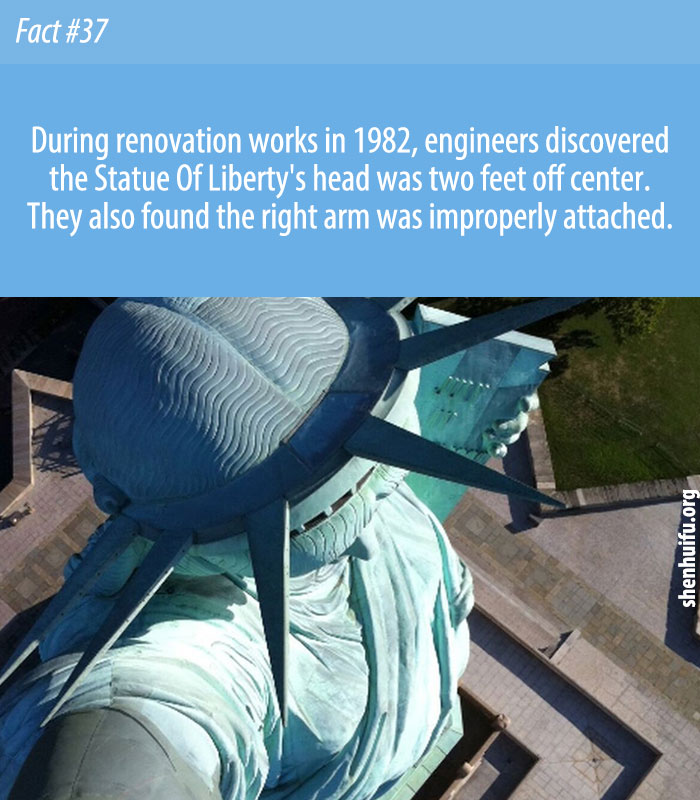 During renovation works in 1982, engineers discovered the Statue Of Liberty’s head was two feet off center. They also found the right arm was improperly attached.

The CAD drawings revealed that the head and shoulder were misaligned during the original construction; the arm was moved 18 inches (46 cm) away from where Eiffel had designed it to join the central pylon and the head was two feet (61 cm) off center.