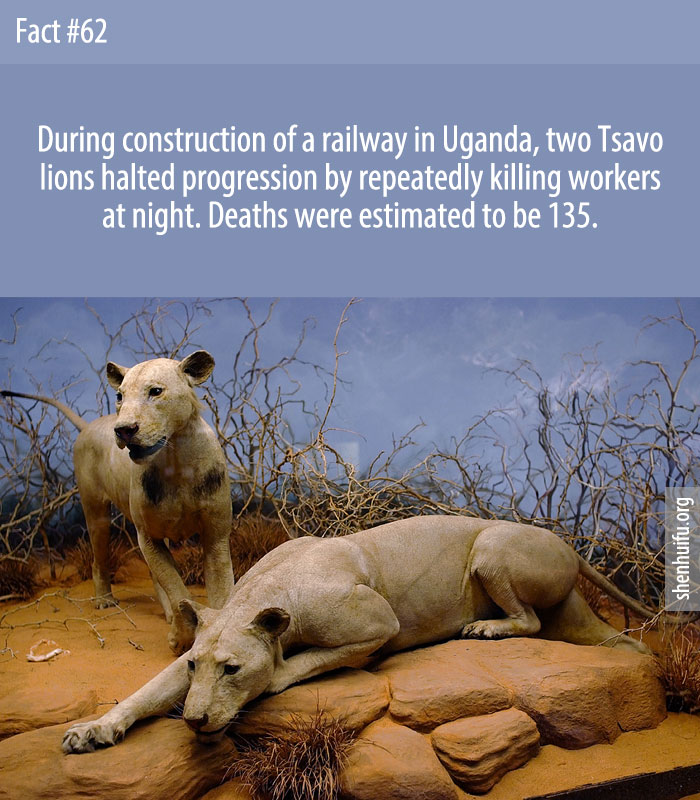 During construction of a railway in Uganda, two Tsavo lions halted progression by repeatedly killing workers at night. Deaths were estimated to be 135.