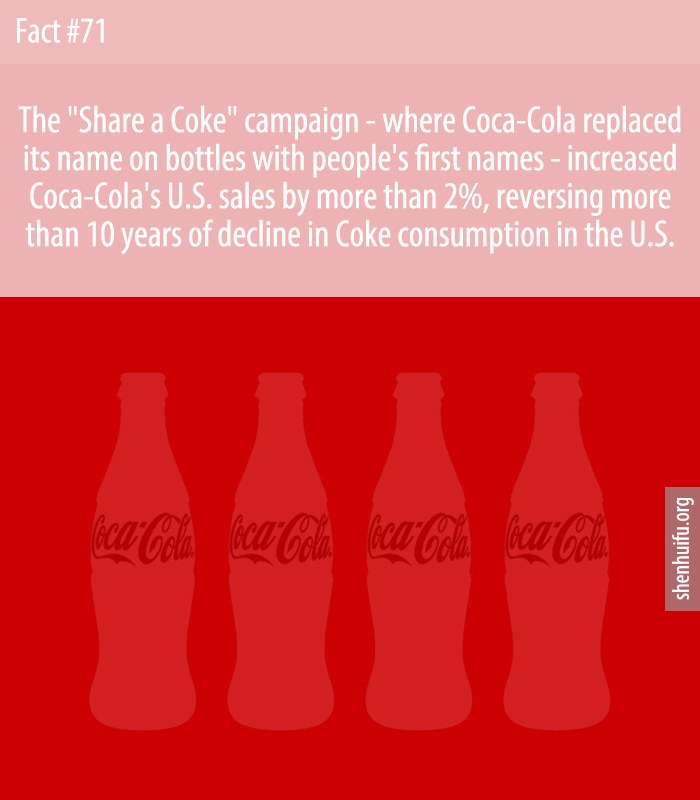 The “Share a Coke” campaign – where Coca-Cola replaced its name on bottles with people’s first names – increased Coca-Cola’s U.S. sales by more than 2%, reversing more than 10 years of decline in Coke consumption in the U.S.

What Are The Best Body Hacks That People Should Know About?
The Saddest Thing Happened But Never Shared With Others
16 Photos Of Shadows That Are Too Good To Be True
There Are Some Mind-Blowing Facts