How Old Do You Have to Be if You’re Trying to Be Famous?

Most people become famous before they're 30, according to Harvard University researchers. 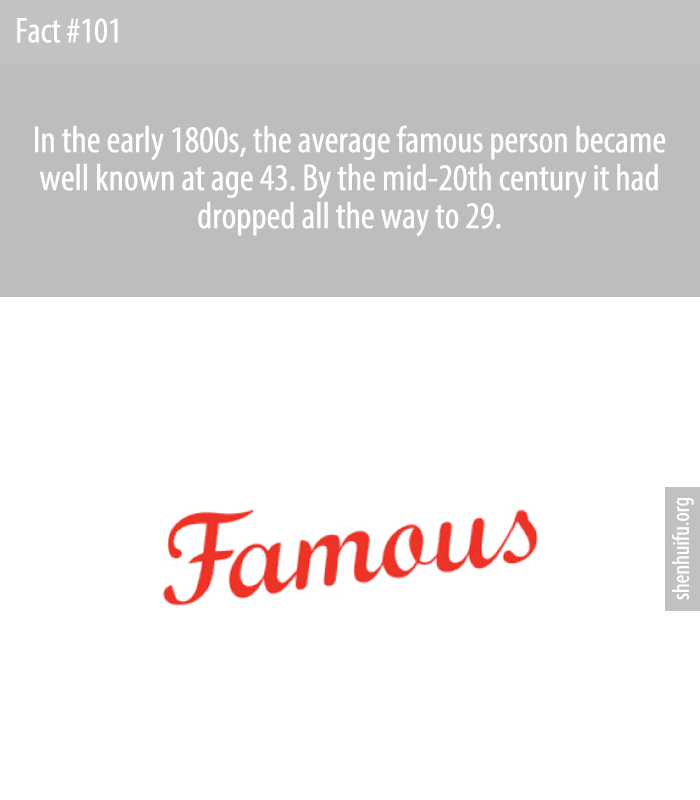 In the early 1800s, the average famous person became well known at age 43. By the mid-20th century it had dropped all the way to 29.