Cuba Wants to Pay Off $270 Million Debt in Rum

Communist countries often used commodities as a form of payment during the Soviet-era. 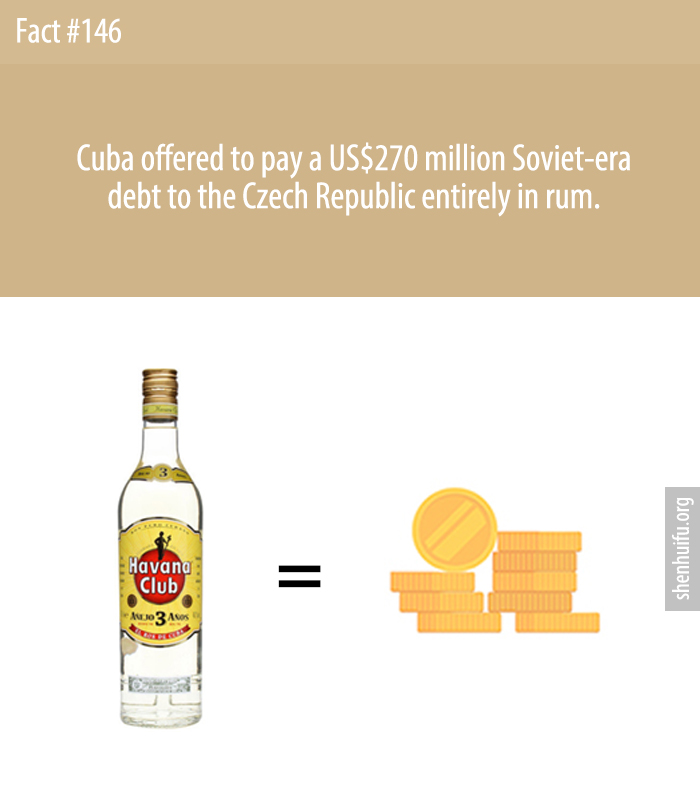 Cuba offered to pay a US$270 million Soviet-era debt to the Czech Republic entirely in rum.