China Had the Largest Army in the World

China had the largest army in the world in 2020, with over 2 million active military personnel. 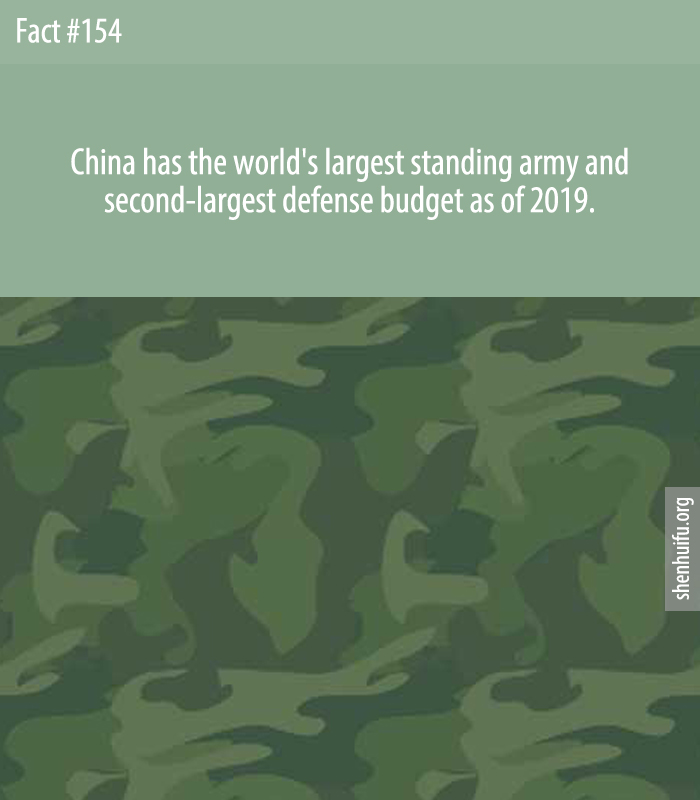 China has the world’s largest standing army and second-largest defense budget as of 2019.

India third largest military spender in world, after US and China.