Where Are Socks Made in China?

Datang in Zhuji. It was producing 8 billion pairs of socks each year, which was a third of the world's annual total. 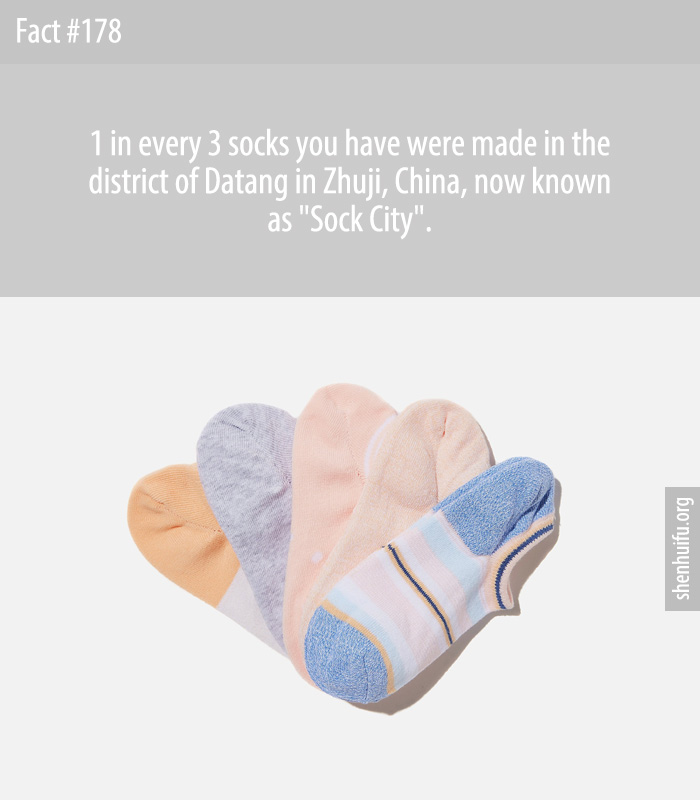 1 in every 3 socks you have were made in the district of Datang in Zhuji, China, now known as “Sock City”.