Who Led the Taiping Rebellion? 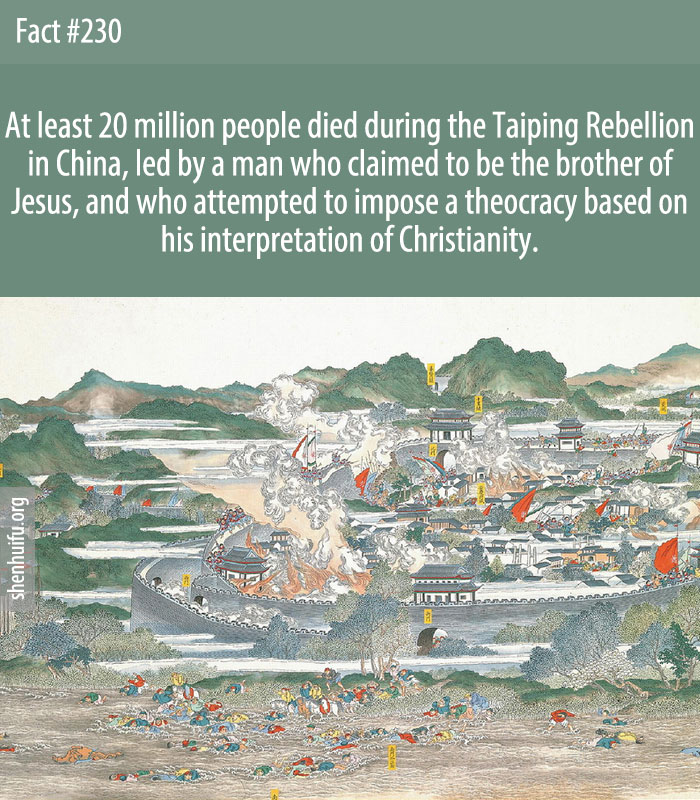 At least 20 million people died during the Taiping Rebellion in China, led by a man who claimed to be the brother of Jesus, and who attempted to impose a theocracy based on his interpretation of Christianity.

Elephants Get the Point of Pointing
Where Are Socks Made in China?
Is It Normal To Talk To Your Cat?
What is Unmarried Female Called?