How Many People Died Building the Great Wall of China? 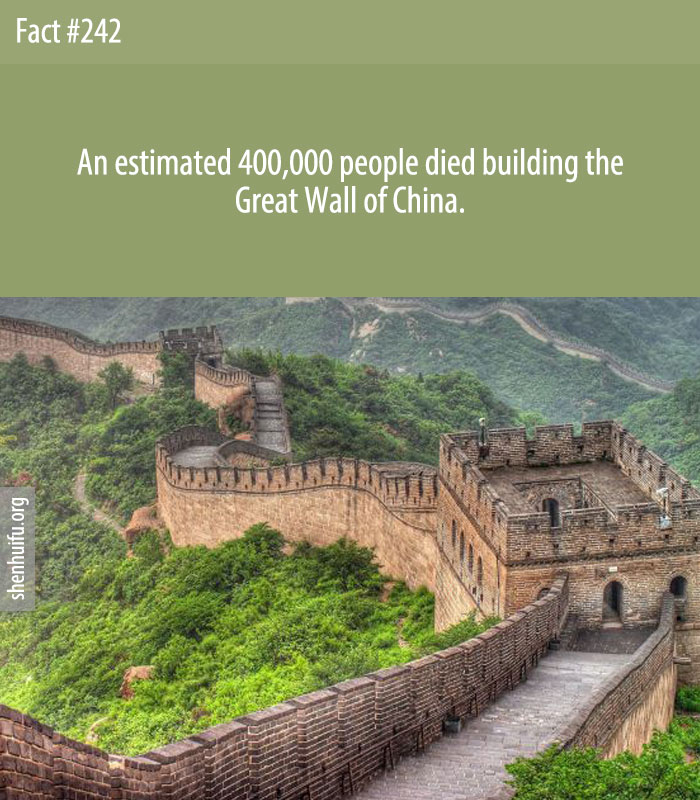 An estimated 400,000 people died building the Great Wall of China.

When Emperor Qin Shi Huang ordered construction of the Great Wall around 221 B.C., the labor force that built the wall was made up largely of soldiers and convicts. It is said that as many as 400,000 people died during the wall’s construction; many of these workers were buried within the wall itself.

What Events Happened on November 25 in History?
When Was the Fork First Used in Europe?
What Are Some Weird Things You Do When No One’s Watching?
How Accurate Are “Due Dates”?