How Many Civil War Deaths Were from Disease? 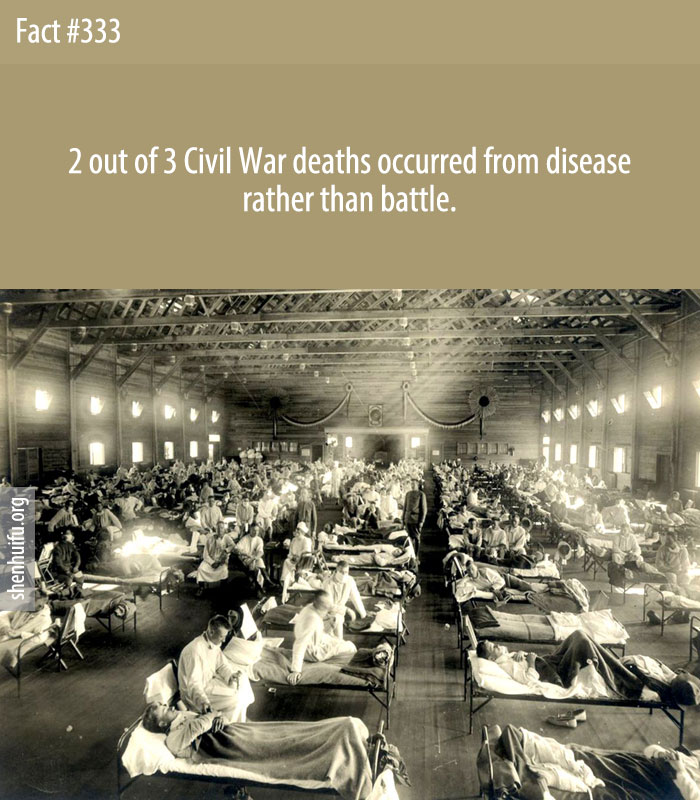 2 out of 3 Civil War deaths occurred from disease rather than battle.

Of the 620,000 recorded military deaths in the Civil War about two-thirds died from disease. However, recent studies show the number of deaths was probably closer to 750,000.