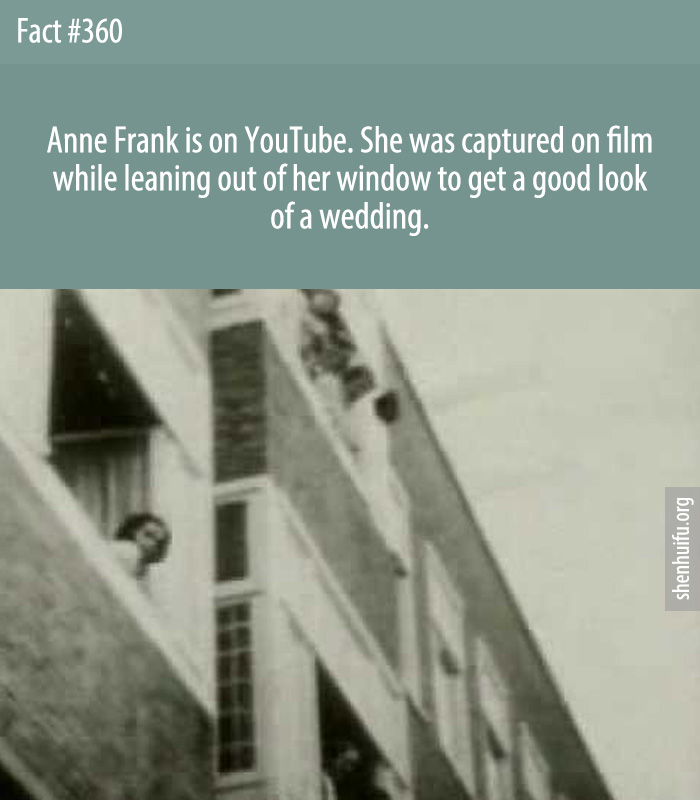 Anne Frank is on YouTube. She was captured on film while leaning out of her window to get a good look of a wedding.

The footage, from 1941, is the only time Anne has been captured on film.