Who Turned Down the Role in Matrix? 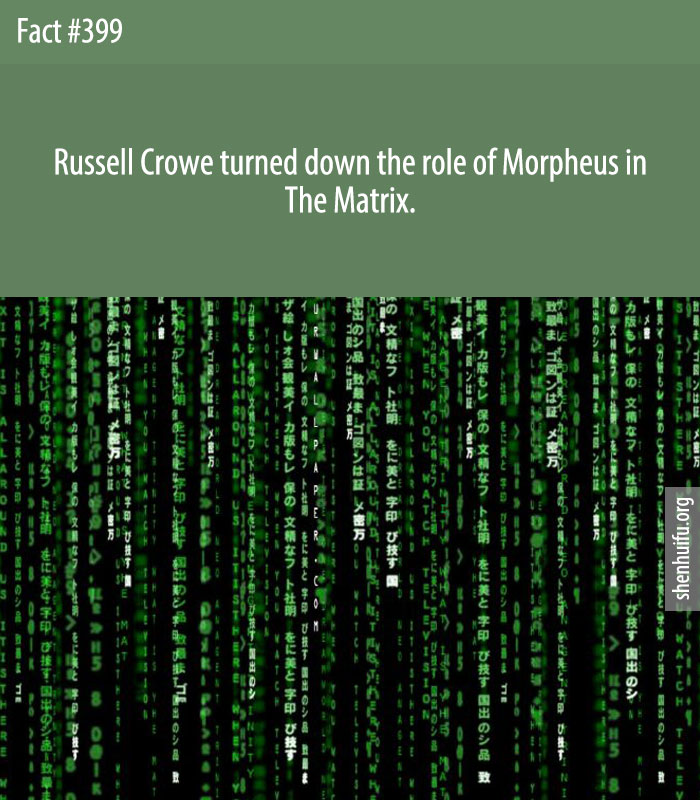 Russell Crowe turned down the role of Morpheus in The Matrix.

Russell Crowe turned down the role of Morpheus. Supposedly considered for the part of Neo. According to an interview with Matrix composer Don Davis, Johnny Depp was the Wachowskis’ first choice for Neo. Leonardo DiCaprio turned down the part, supposedly because he was concerned about the amount of special effects.

Judges’ Decisions More Lenient After Lunch
18 Things That Just Get Better With Age
Do Mammals Have the Same Number of Heartbeats?
22 Interactions Between Strangers That Might Make You A Little Misty-Eyed