Was Alexander the Great Unbeaten? 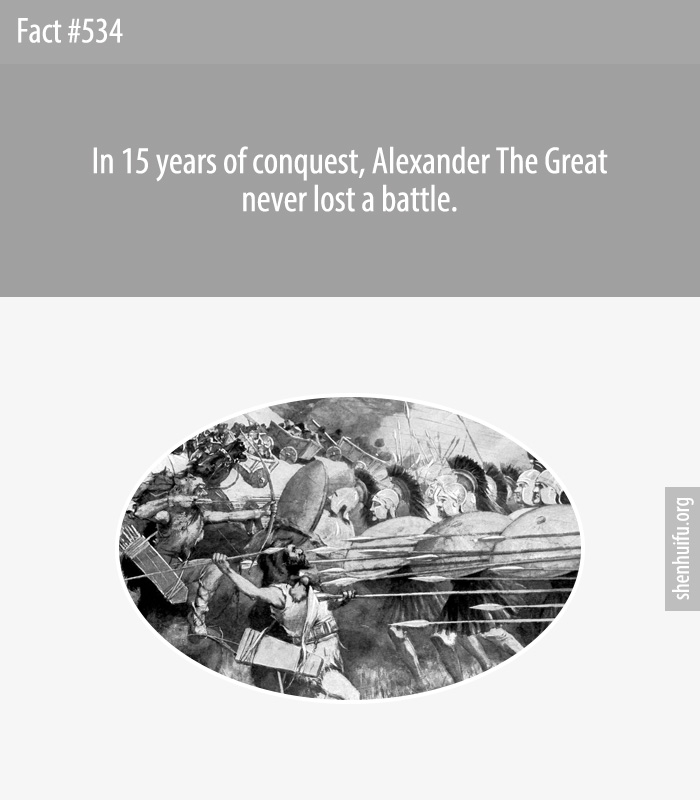 In 15 years of conquest, Alexander The Great never lost a battle.

Alexander the Great’s military tactics and strategies are still studied in military academies today. From his first victory at age 18, Alexander gained a reputation of leading his men to battle with impressive speed, allowing smaller forces to reach and break the enemy lines before his foes were ready. After securing his kingdom in Greece, in 334 B.C. Alexander crossed into Asia (present-day Turkey) where he won a series of battles with the Persians under Darius III. The centerpiece of Alexander’s fighting force was the 15,000-strong Macedonian phalanx, whose units held off the sword-wielding Persians with 20-foot-long pikes called sarissa.