Do Dolphins Recognize Themselves in a Mirror? 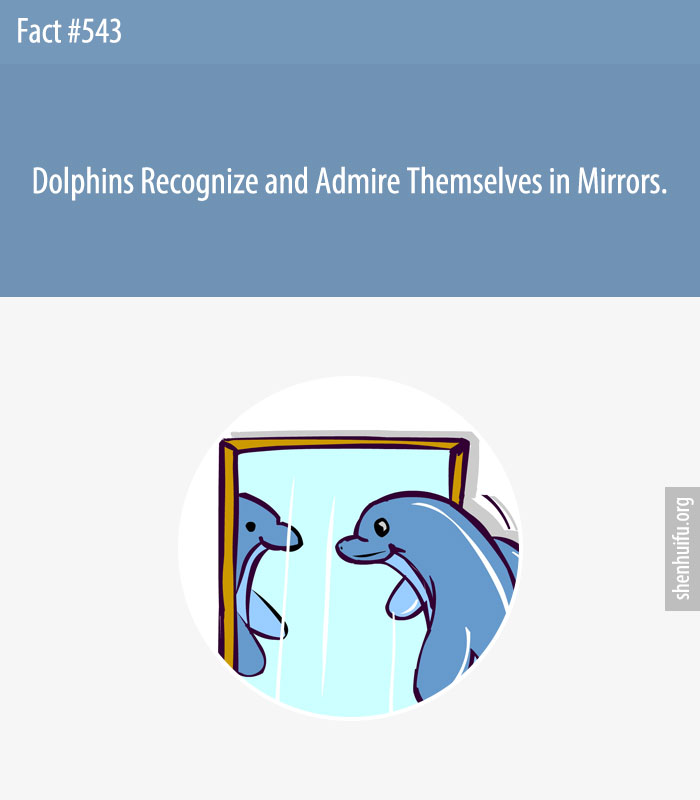 Dolphins Recognize and Admire Themselves in Mirrors.

Babies show signs of recognizing themselves in the mirror at about 15 to 18 months of age. But dolphins can recognize themselves even earlier—as young as 7 months old, according to a study recently published in PLOS One.

Humans, chimpanzees, elephants, magpies and bottle-nosed dolphins can recognize themselves in a mirror, according to scientific reports.

The Most Embarrassing Thing
Do You Sleep With Your Bedroom Door Open Or Closed?
How to Tell Time by a Cat’s Eye
What Is It Like To Be A Geek In A Prison?