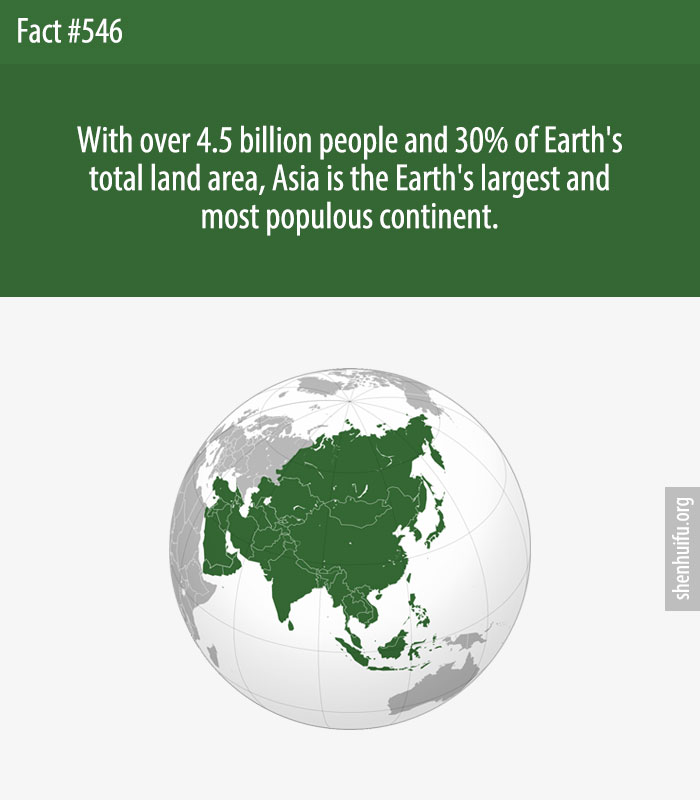 With over 4.5 billion people and 30% of Earth’s total land area, Asia is the Earth’s largest and most populous continent.

16 Times Men Were Hilariously Clueless
The Drawing Dotted Line Master
14 Cat Posts From This Week That Will Excite You And Delight You
Which Animal Has Most Memory?