How Much Did It Cost to Get out of the Draft During the Civil War? 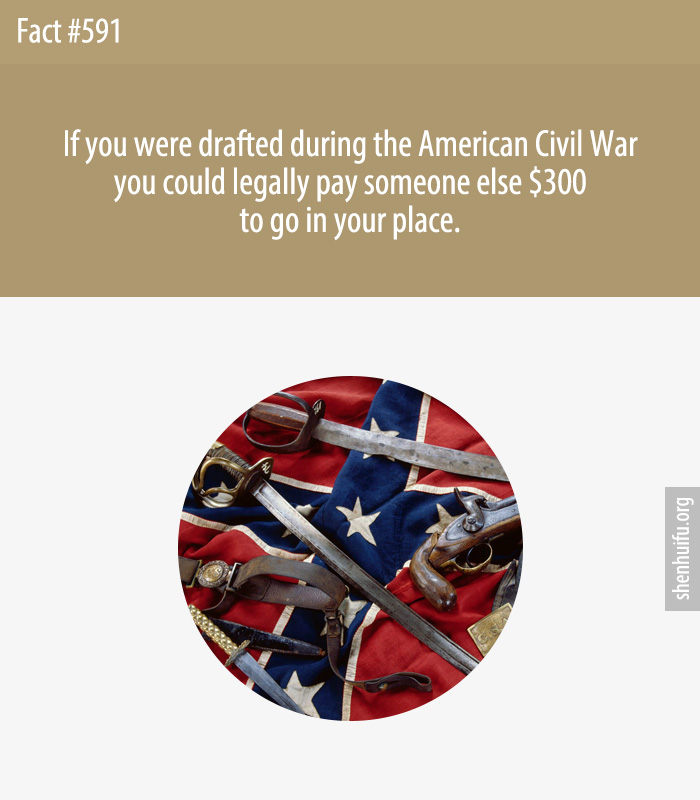 If you were drafted during the American Civil War you could legally pay someone else $300 to go in your place.

The Enrollment Act of 1863 provided that a draftee could pay a “substitute” enrollee the sum of $300 (about $5,000 in today’s terms) in order to enlist in his place. Such famous Americans as Grover Cleveland and John D. Rockefeller took advantage of this provision, in effect buying their way out of service.

What is the best horror story you can come up with in two sentences?
Why Do We Have To Die?
Who is the Largest Cigarette Manufacturer in the World?
Tibetan Mastiff Disguised as Lion at Chinese Zoo