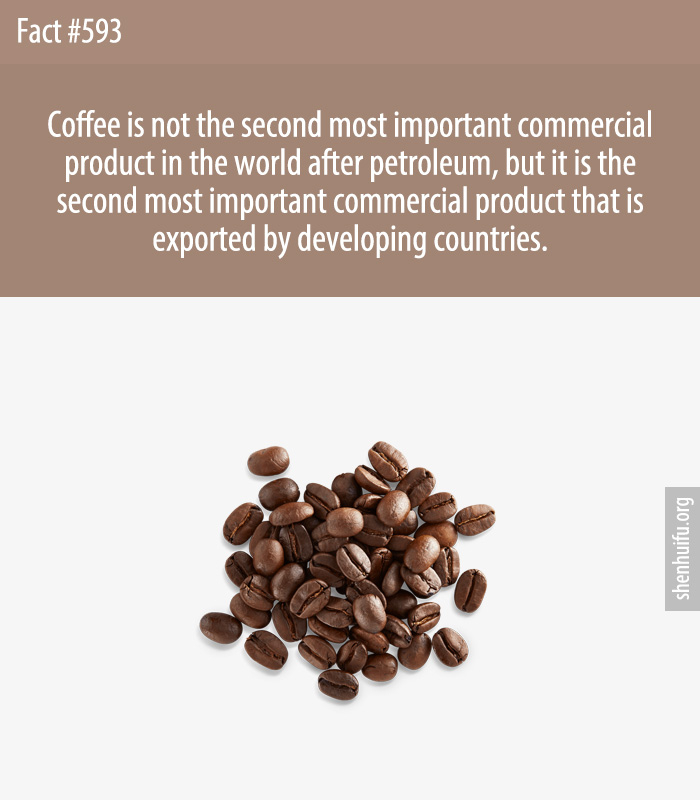 “Coffee is the world’s second-most traded commodity after oil”: you’ll find this written in published books, countless websites, academic theses, and more. Recently, Starbucks even repeated it to the US Senate Committee on Foreign Relations. But it’s not true.

Coffee is a popular beverage and an important commodity. Tens of millions of small producers in developing countries make their living growing coffee. Over 2.25 billion cups of coffee are consumed in the world daily. Over 90 percent of coffee production takes place in developing countries—mainly South America—while consumption happens primarily in industrialized economies. There are 25 million small producers who rely on coffee for a living worldwide.

A Wine Aged With 4.5 Billion-Year-Old Meteorite
Dada Life – Rolling Stones TShirt
What Do You SWEAR Happened, But Don’t Have Any Proof Of?
North Koreans Cry Hysterically