Who Was the Longest Ruler of Cuba? 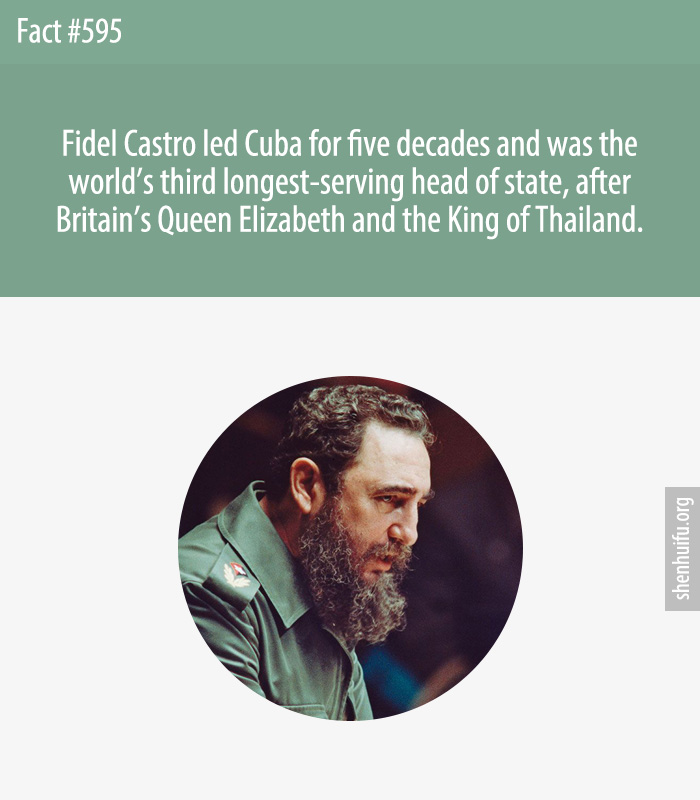 Fidel Castro led Cuba for five decades and was the world’s third longest-serving head of state, after Britain’s Queen Elizabeth and the King of Thailand.

He temporarily ceded power to his brother Raul in July 2006 after undergoing intestinal surgery. The handover of power became official in 2008.

20 Game Of Thrones Facts That You Probably Didn’t Know
How Many Divorces Are There Daily in the US?
What Was The Strangest Thing You Found Cleaning Out Your Parents’ House After They Died?
Biological Warfare at the 1346 Siege of Caffa