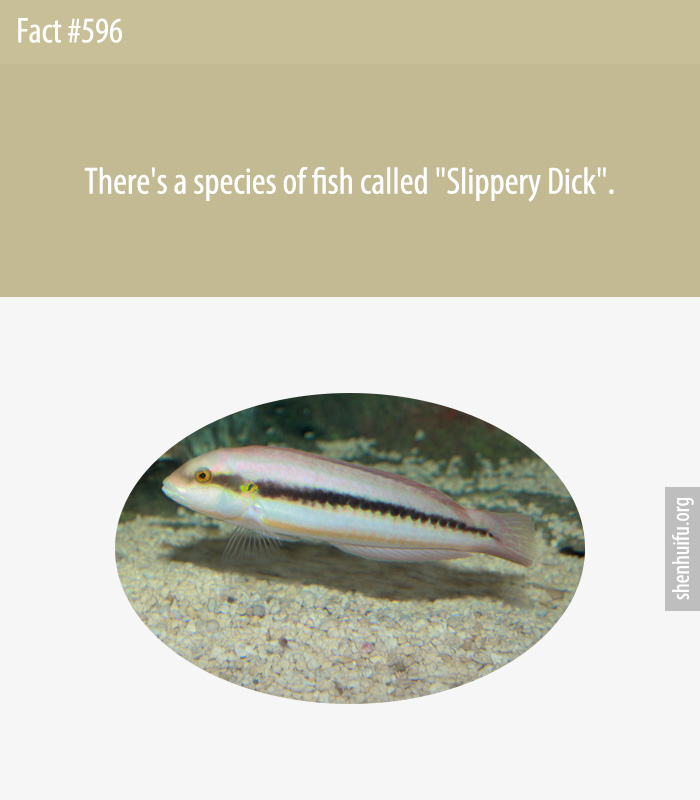 The slippery dick (Halichoeres bivittatus) is a species of wrasse native to shallow, tropical waters of the western Atlantic Ocean.

How did the Slippery Dick fish get its name? The interesting name of the fish comes from its ability to slip from fishing nets because of its slender body and slippery skin. In Spanish, this tropical fish is also known as Doncella rayada.

Why Are Bananas Curved?
Why Do Animals Avoid Pylons?
The FBI is Now Tracking Animal Abusers
20+ Cats With The Craziest Fur Markings You’d Almost Think Were Photoshopped