What Does the Name Florida Mean? 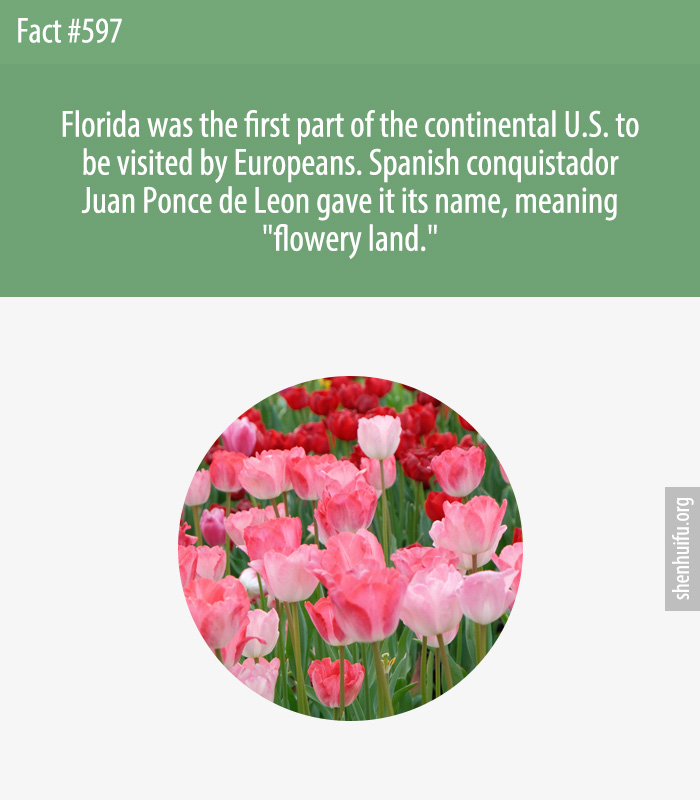 Florida was the first part of the continental U.S. to be visited by Europeans. Spanish conquistador Juan Ponce de Leon gave it its name, meaning “flowery land.”

Juan Ponce de León is credited with being the first European to reach Florida. In April 1513 he landed on the coast of Florida at a site between Saint Augustine and Melbourne Beach. He named the region La Florida (“flowery land”) because it was discovered at Easter time (Spanish: Pascua Florida).

16 Brutally Honest Photos Of Post-Baby Bodies, That Women Are Sharing To Reveal The Truth No One Talks About
The Avengers – Maria Hill
16 Super Romantic But Super Cheap Ways To Impress Your Valentine
How Long Were Aboriginals in Australia Before Colonisation?