What State in the U.S. Has the Most Asian Population? 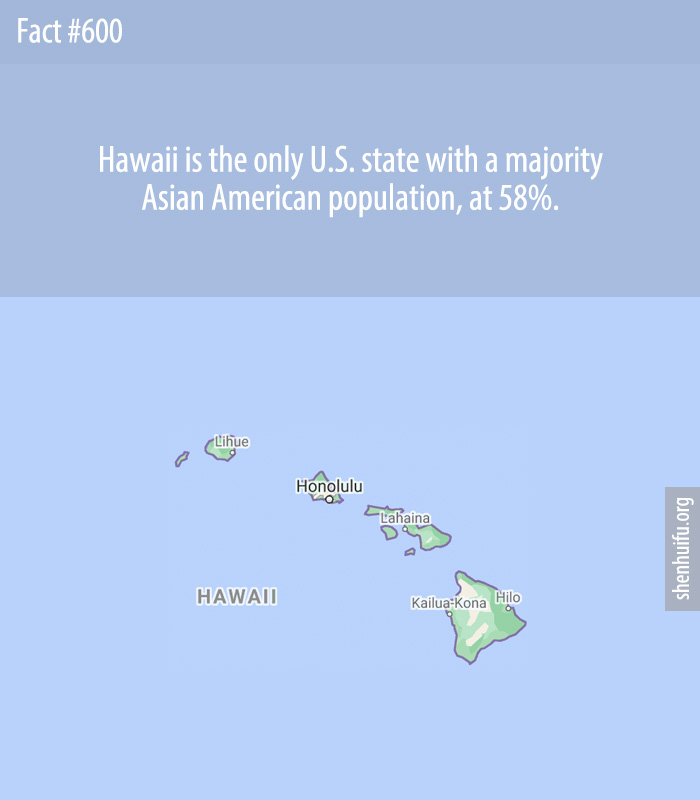 Hawaii is the only U.S. state with a majority Asian American population, at 58%.

As a proportion of the total population, Hawaii is the only state with an Asian American majority population, at 58 percent; Honolulu County had the highest percentage of Asian Americans of any county in the nation, with 62 percent.

What is the World’s Only Underwater Post Office?
Great White Shark Release
22 Of The Best Tweets From Super Bowl LI
20 Funny Pictures That Perfectly Sum Up Canada