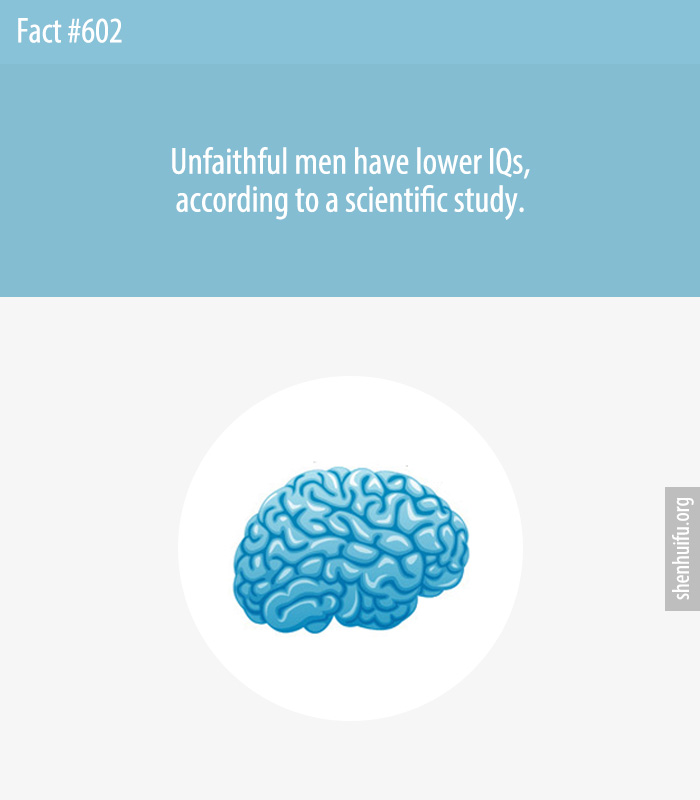 Unfaithful men have lower IQs, according to a scientific study.

Men who cheat on their partners are likely to have lower IQs, says a psychologist who has based his theory on evolutionary history. Satoshi Kanazawa from the London School of Economics and Political Science said that the smarter a man is, the less likely he is to cheat on his partner.

10 Reasons Why You Should Date Me
Remember The Name – Fort Minor
20 Tweets About Shopping That Will Make You Say “Fuck, That’s Me”
Creepy Robot Looks Like A Real Woman