How Deep is the Ocean? 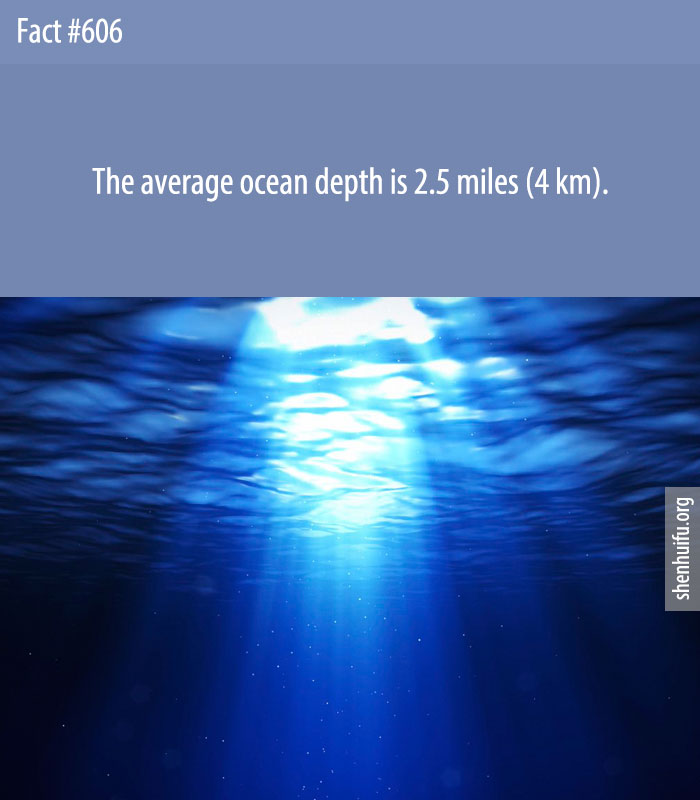 The deepest part of the ocean is called the Challenger Deep (11 km) and is located beneath the western Pacific Ocean in the southern end of the Mariana Trench, which runs several hundred kilometers southwest of the U.S. territorial island of Guam.

18 Examples That Prove Designer’s Mistakes Can Make Us Suffer
20 Funny And Strange Things Spotted On the Subway
20 Designers That Definitely Deserve A Raise
What Sounds Extremely Wrong but Is Actually Correct?