What is a Group of Owls Called? 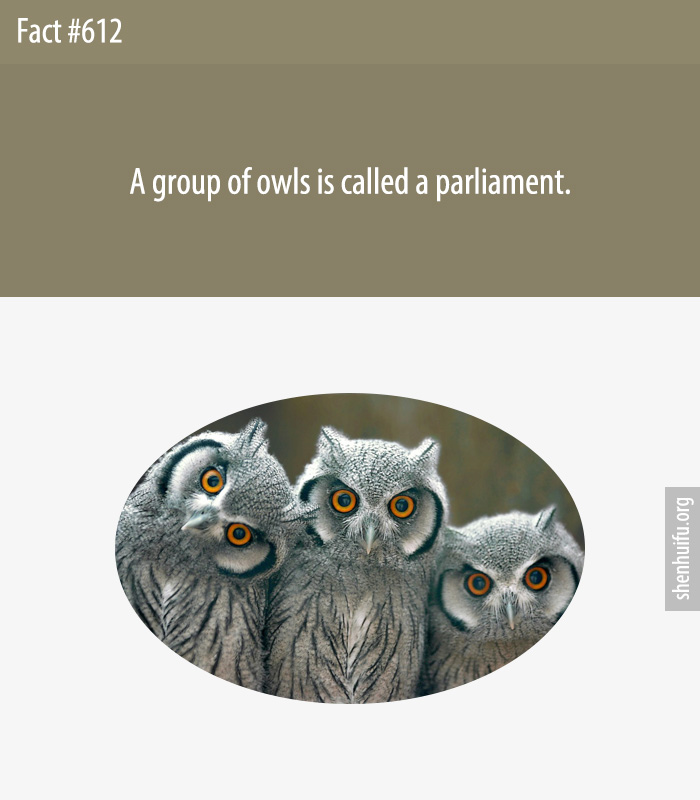 A group of owls is called a parliament.

This could be because owls are typically considered to be quite intelligent and wise. In ancient Greek mythology, the owl was seen to accompany or represent Athena, the goddess of wisdom.

Other less common names include a wisdom, congress, hooting and a stare of owls.

How do I get over my low tolerance of stupid people?
18 “The Simple Life” Screenshots That Are Even Funnier Out Of Context
Brain Science is Ignoring Left-Handed People
How Long is a Galactic Year?