How Many People Have Jumped off the Golden Gate Bridge? 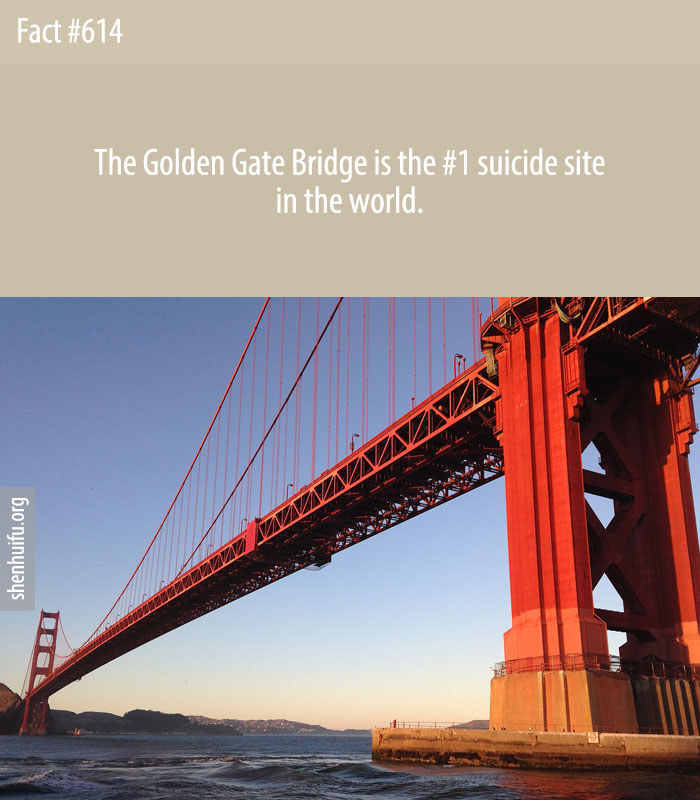 The Golden Gate Bridge is the #1 suicide site in the world.

Between 1937 and 2012, an estimated 1,400 bodies were recovered of people who had jumped from the Golden Gate Bridge, located in the San Francisco Bay Area in the United States.

Steven Miller, the bridge district’s bridge manager, said an estimated 1,700 people have killed themselves by jumping off the bridge since its construction.

What Was The Strangest Thing You Found Cleaning Out Your Parents’ House After They Died?
18 Tweets That Totally Sum Up Parenting In 2016
The Funniest Thing Southwest Flight Attendants Said
League of Legends Comment Chain