What Was the Eiffel Tower Originally Built For? 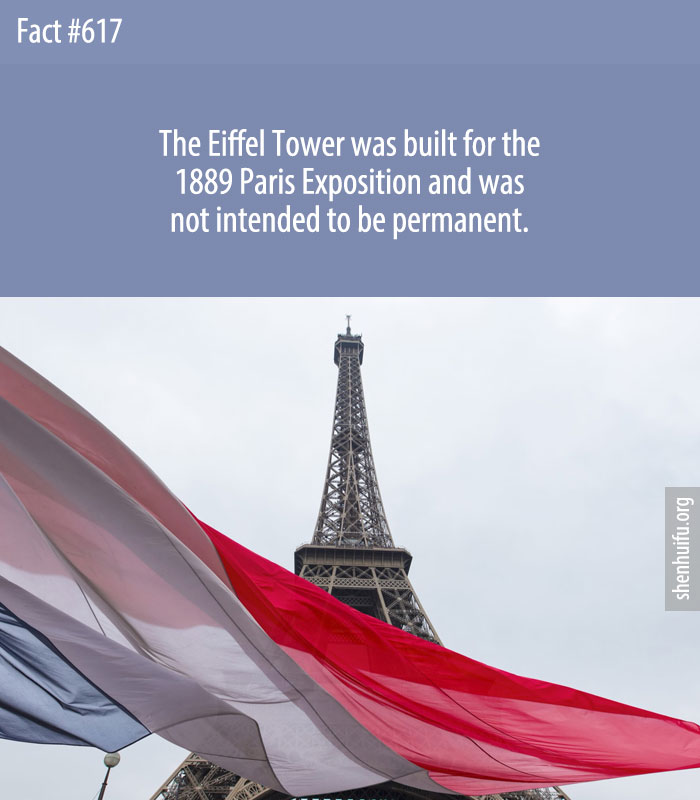 The Eiffel Tower was built for the 1889 Paris Exposition and was not intended to be permanent.

The Exposition Universelle of 1889 was a world’s fair held in Paris, France, from 5 May to 31 October 1889. It was the fourth of eight expositions held in the city between 1855 and 1937. It attracted more than thirty-two million visitors. The most famous structure created for the Exposition, and still remaining, is the Eiffel Tower.

Probably the dumbest song ever
The Funniest Parenting Tips From Moms And Dads Ever
What Does DOH Stand For?
18 Travel Hacks You NEED To Know Before Your Next Trip