Was Einstein an Atheist? 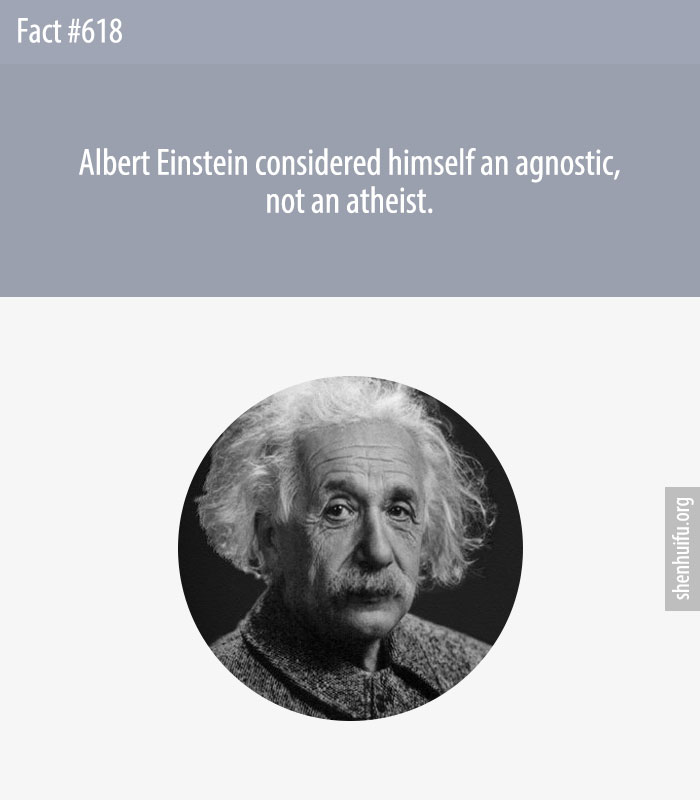 Albert Einstein considered himself an agnostic, not an atheist.

He clarified however that, “I am not an atheist”, preferring to call himself an agnostic, or a “religious nonbeliever.” Einstein also stated he did not believe in life after death, adding “one life is enough for me.” He was closely involved in his lifetime with several humanist groups.

30 Things People Don’t Realise You’re Doing Because Of Your Depression
One Moment Only Happen In A Movie
14 Totally Funny Husbands Who Are Definitely Winning Points Here
What is your most embarrassing food moment?