How Much of Colombia’s Economy is Drugs? 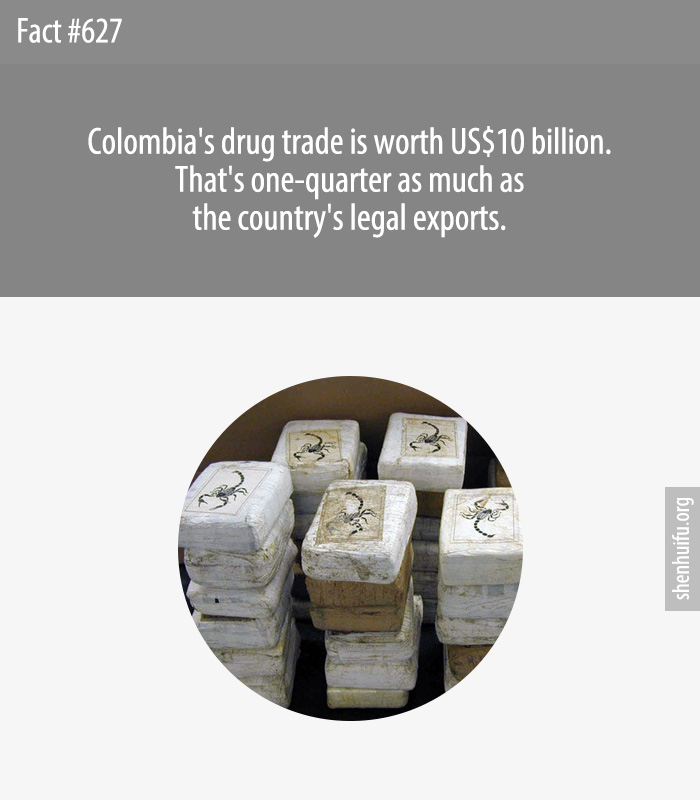 Colombia’s drug trade is worth US$10 billion. That’s one-quarter as much as the country’s legal exports.

According to former Finance Minister Juan Carlos Echeverry, Cocaine production generated between $8 billion and $12 billion last year, which is the equivalent to 2.6% and 4% of Colombia’s Gross Domestic Product.