How Long Did Dinosaurs Live on Earth? 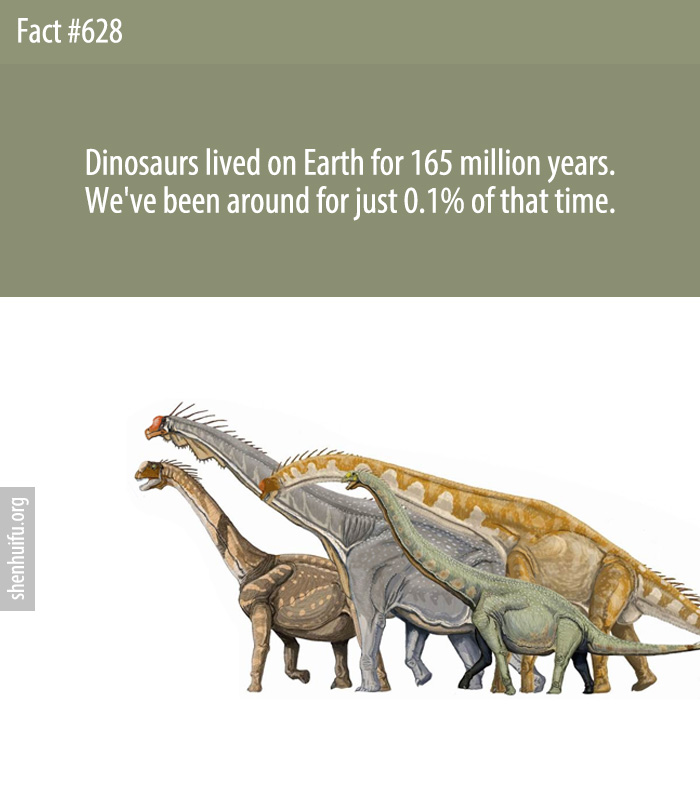 Dinosaurs lived on Earth for 165 million years. We’ve been around for just 0.1% of that time.

Dinosaurs survived for more than 165 million years, so they cannot be considered unsuccessful. Hominids have lived for only 6 million years, and Homo sapiens date back no more than 200,000 years. Dinosaurs out-competed other animals of their era, but they lost the battle to survive the effects of the asteroid impact.