When Was Walt Disney Studios Founded? 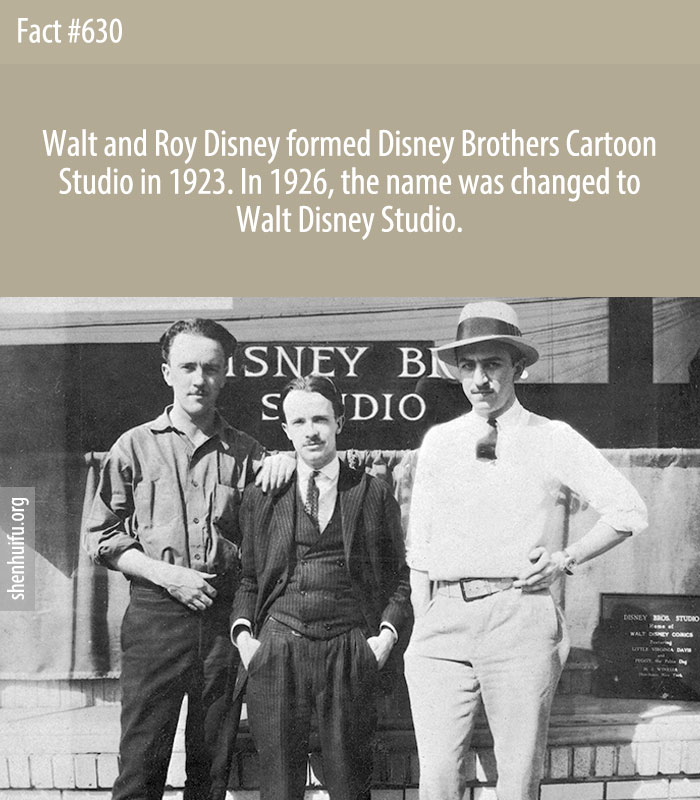 Walt and Roy Disney formed Disney Brothers Cartoon Studio in 1923. In 1926, the name was changed to Walt Disney Studio.

Founded as Disney Brothers Cartoon Studio in 1923, renamed Walt Disney Studio in 1926 and incorporated as Walt Disney Productions in 1929, the studio was dedicated to producing short films until it entered feature production in 1934, resulting in 1937′s Snow White and the Seven Dwarfs, one of the first full-length animated feature films and the first U.S.-based one.

In 1986, during a large corporate restructuring, Walt Disney Productions, which had grown from a single animation studio into an international multimedia company, was renamed The Walt Disney Company and the animation studio Walt Disney Feature Animation in order to differentiate it from the other divisions. Its current name was adopted in 2007 after Pixar Animation Studios was acquired by Disney in the previous year.