What Has Greece Contributed to the World? 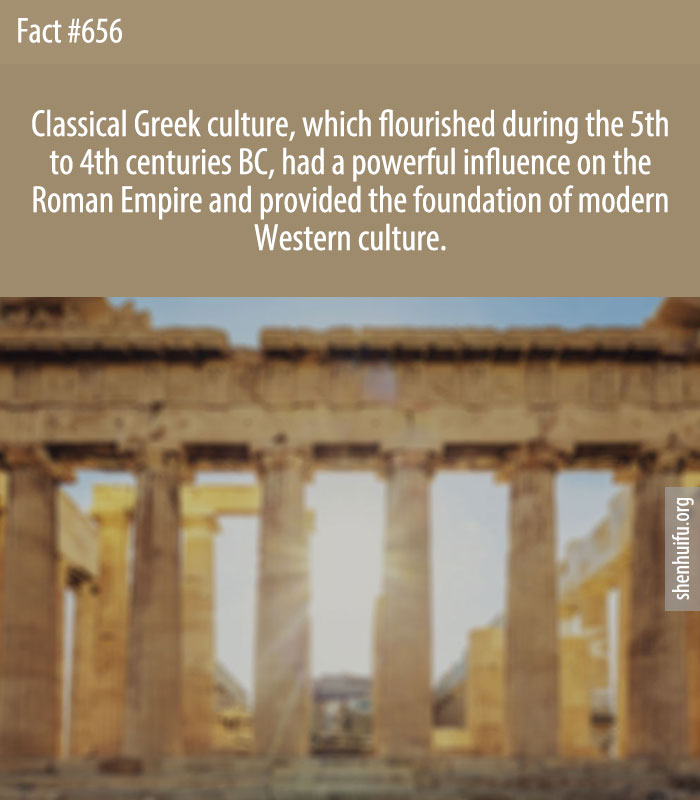 Classical Greek culture, which flourished during the 5th to 4th centuries BC, had a powerful influence on the Roman Empire and provided the foundation of modern Western culture.

The Romans gained from the Greek influence in other areas: trade, banking, administration, art, literature, philosophy and earth science. In the last century BC it was a must for every rich young man to study in Athens or Rhodes and perfect their knowledge of rhetoric at the large schools of philosophy.

Also, the successes of these two civilizations lead to many countries modeling most of their public facilities and systems after the ones found in Greece and Rome.

What Are Some of The Most Interesting Little-Known Things?
14 Funny Tweets That Will Remind You Why You Love And Hate Hotels
Was the First Porsche Electric?
Was Abraham Lincoln the 16th President?