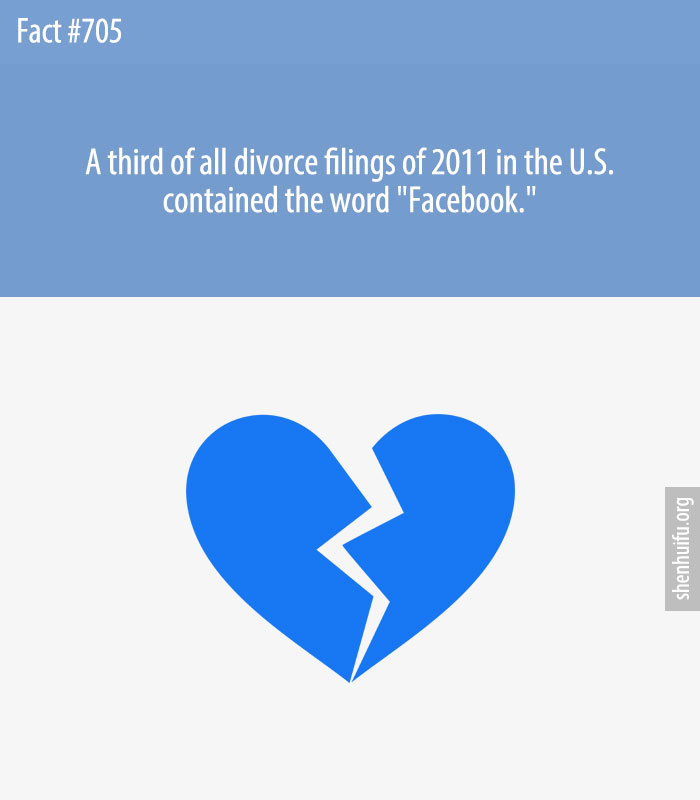 A third of all divorce filings of 2011 in the U.S. contained the word “Facebook.”

A third of all divorce filings in 2011 contained the word “Facebook,” according to Divorce Online. And more than 80 percent of U.S. divorce attorneys say social networking in divorce proceedings is on the rise, according to the American Academy of Matrimonial Lawyers.

The top Facebook mentions were the same: inappropriate messages to “friends” of the opposite sex, and cruel posts or comments between separated spouses. Sometimes, Facebook friends would tattle to one partner in a relationship about bad behavior by the other.

12 Reasons Generation Z Is The Worst Generation
30+ Funny Tweets By Husbands Who Are Winning At Marriage
What is the Most Expensive Man-Made Object in the World?
Defector sends “The Interview” to North Korea