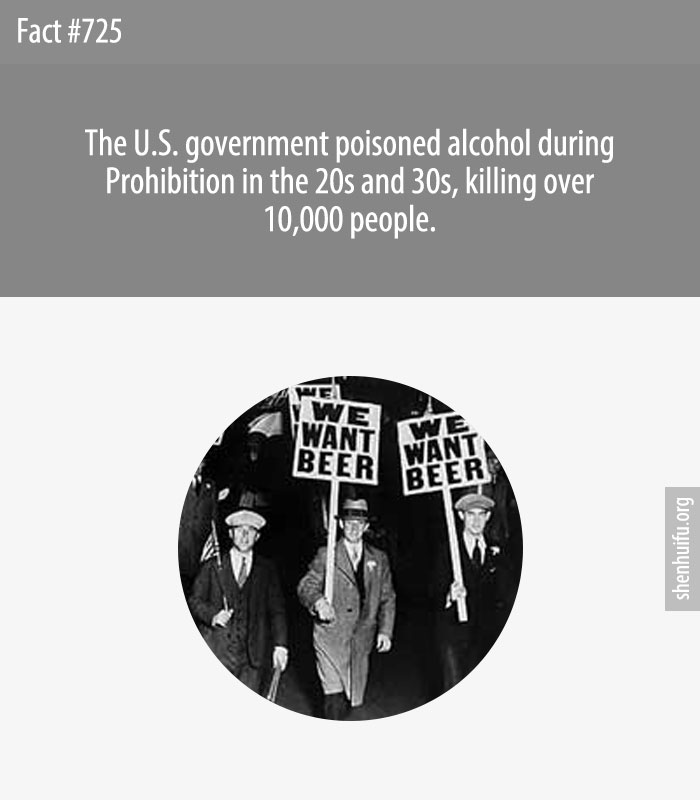 The U.S. government poisoned alcohol during Prohibition in the 20s and 30s, killing over 10,000 people.

For over a decade, the United States barred the production and sale of drinking alcohol in what became known as the Prohibition era. A temperance movement had existed in the United States since at least the 1830s, culminating in the ratification of the 18th Amendment to the Constitution in January 1920.

The federal government sometimes proved willing to go to unethical lengths to prevent alcohol consumption. While the government never directly poisoned drinking alcohol, it did take steps to ensure that toxic chemicals were included in industrial alcohols.

Such chemicals were commonly converted into drinking alcohol during the Prohibition era, a reality of which officials were aware when approving the practice.

What Did Someone Do That Made You Think They Were Really Smart?
26 Tweets That Perfectly Sum Up The Beauty Of Australian Culture
Would You Dump Your Girlfriend/Boyfriend Permanently For $50 Million?
Hosting the Olympics is a Terrible Investment