What Do You Know About Siberia? 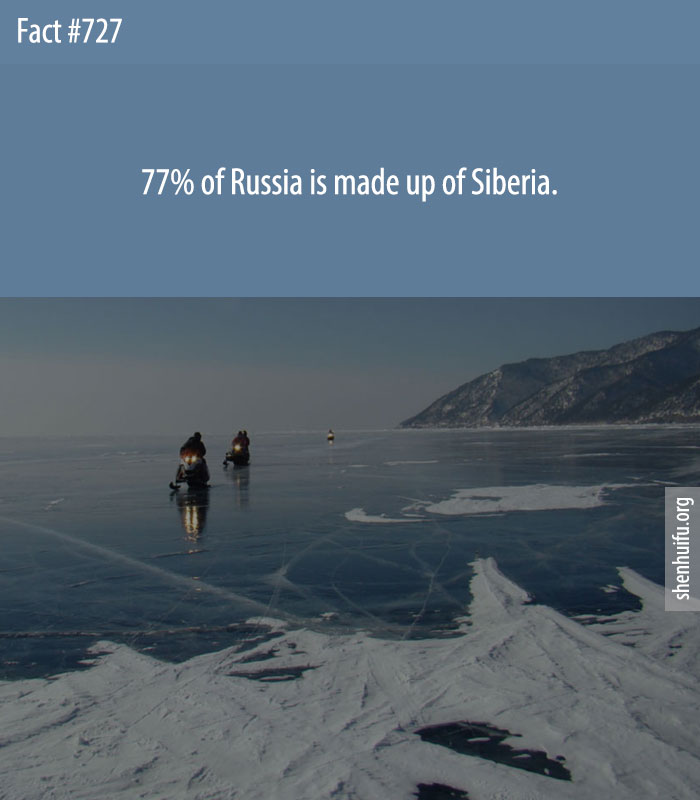 Asian Russia, which is also known as Siberia, makes up 77% of the country’s area but is inhabited by less than 25% of its population. European Russia occupies the western part of the country and constitutes much of Eastern Europe.

What Sounds Extremely Wrong but Is Actually Correct?
What Events Happened on October 23 in History?
Was Octopus Wrestling a Thing?
What Is The Biggest Mind Blow Ever?