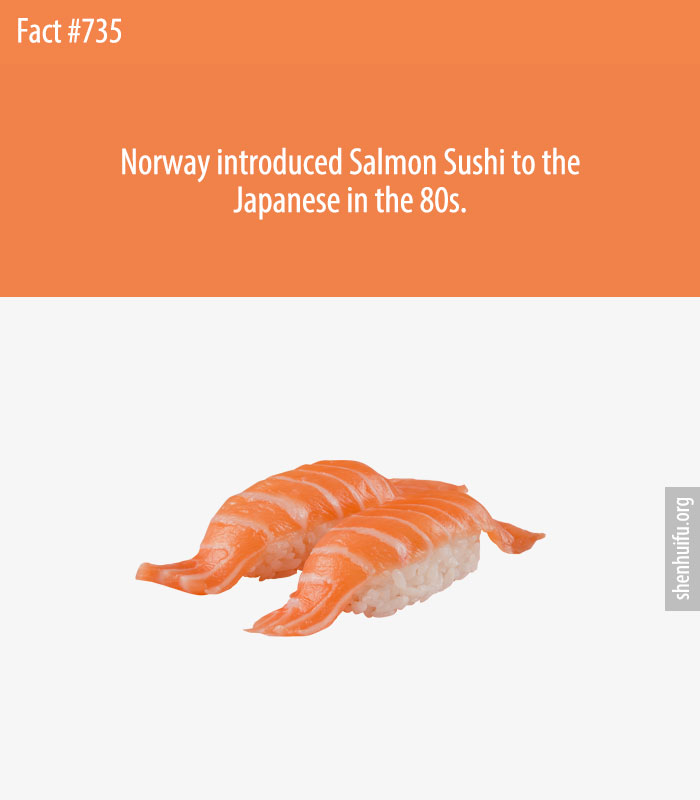 Norway introduced Salmon Sushi to the Japanese in the 80s.

People in Japan didn’t start eating raw salmon until the 1990s. This is because salmon in the Pacific Ocean was known to have parasites, so it was not safe to eat raw.

Norway had a different problem. While its salmon had no parasites, the country had too much of it and not enough people to sell it to.