Is Bill Gates the Richest Man in the World? 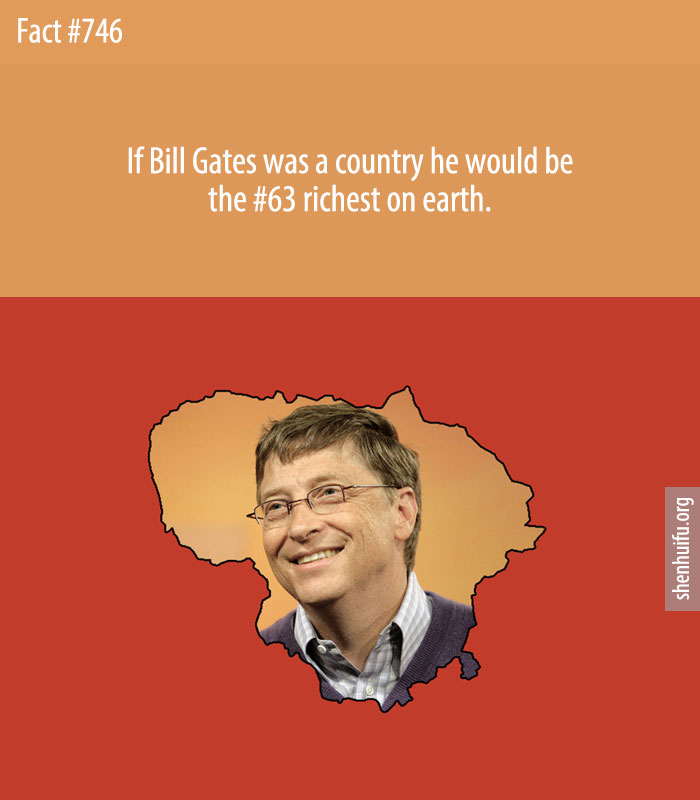 If Bill Gates was a country he would be the #63 richest on earth.

In fact, for many years (you get the idea), he was THE richest man in the world. Today, he’s been surpassed by Amazon’s Jeff Bezos and Elon Musk is nipping at his heels, but Gates is still worth a staggering $121 billion.