Can Saturn Really Float on Water? 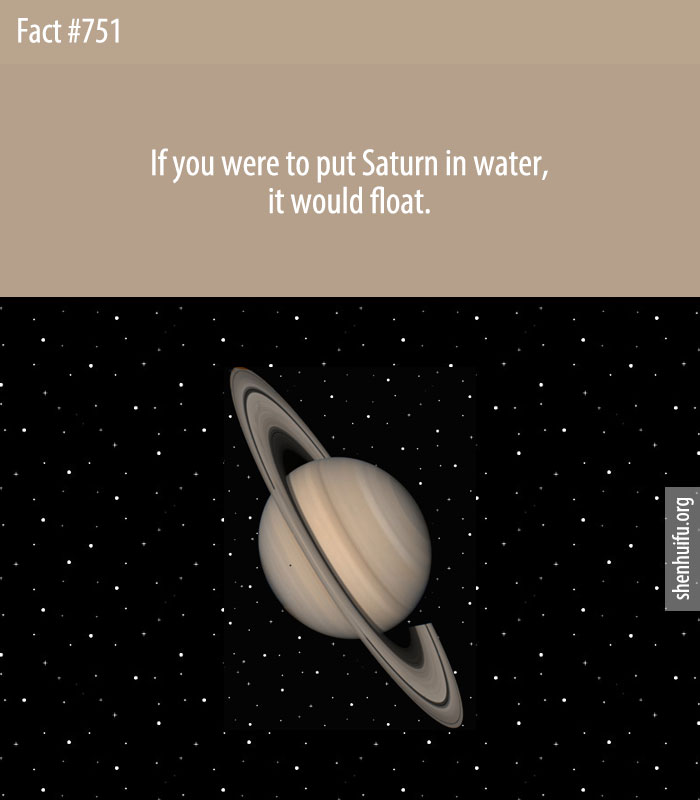 If you were to put Saturn in water, it would float.

Saturn is very large and is the second largest planet in the Solar System. However, it is made up mostly of gas and is less dense than water. Since it is lighter than water, it can float on water. None of the other planets in our Solar System can do this because they have a higher density than water.

Just 20 Fucking Funny Tweets About New Year’s Resolutions
20+ Photos Of Confused Old People On The Internet That’ll Warm Your Heart And Make You Laugh
16 Reasons Why I Could Never Be A Server
What Events Happened on October 12 in History?