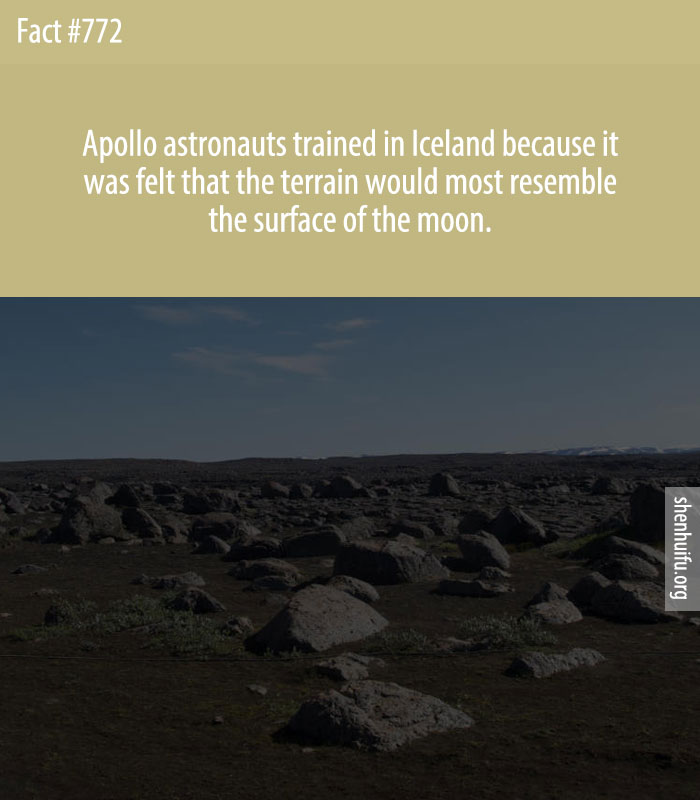 Apollo astronauts trained in Iceland because it was felt that the terrain would most resemble the surface of the moon.

For the Apollo missions, Nasa had sent astronauts to places like Hawaii and Meteor Crater, Arizona, but the basalt rocks and volcanic geology of Iceland’s barren highlands was believed to be the most Moon-like of any training area.