What else is the Vietnam War Called? 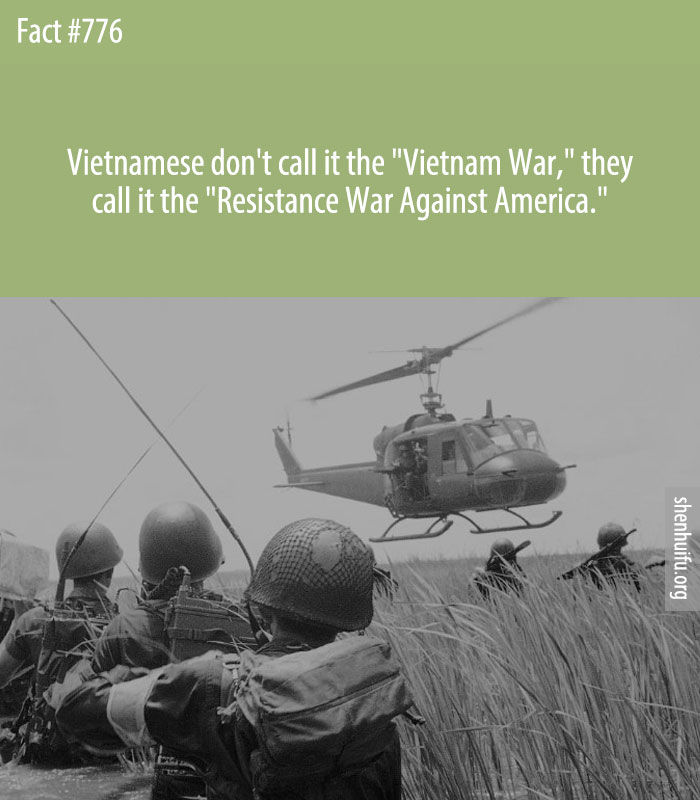 Various names have been applied to what is known as the Vietnam War. These have shifted over time, although Vietnam War is the most commonly used title in English. It has been variously called the Second Indochina War, the Vietnam Conflict, and Nam. In Vietnam it is commonly known as Kháng chiến chống Mỹ (Resistance War against America).

20 Posts That Show How Much Women Want Pockets In Their Clothes
All guys should learn from Mario
How Far Away Can You Hear a Tiger’s Roar?
22 Misleading Photos That May Leave You Dazed And Confused