When Did Morgan Freeman Start His Acting Career? 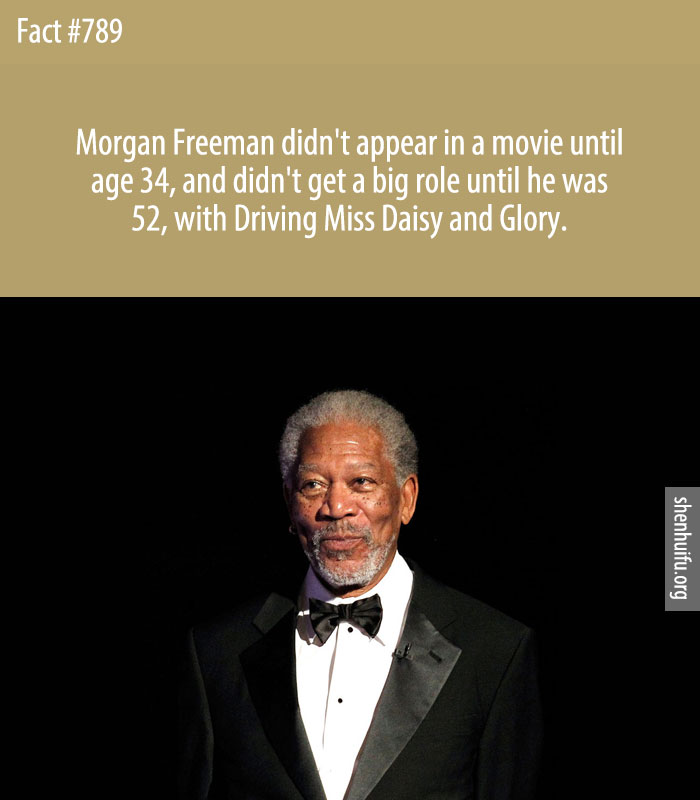 Morgan Freeman didn’t appear in a movie until age 34, and didn’t get a big role until he was 52, with Driving Miss Daisy and Glory.

He also took minor roles in different plays and movies and appeared as an extra in the 1965 film “The Pawnbroker.”

Why Do Sea Otters Hold Hands While Sleeping?
The Soldier Who Fought in 3 Armies
What Percentage of Women Have Been Sexually Harassed?
21 Photos That Vividly Show What Social Media Is Doing To Us