When Was the Fork First Used in Europe? 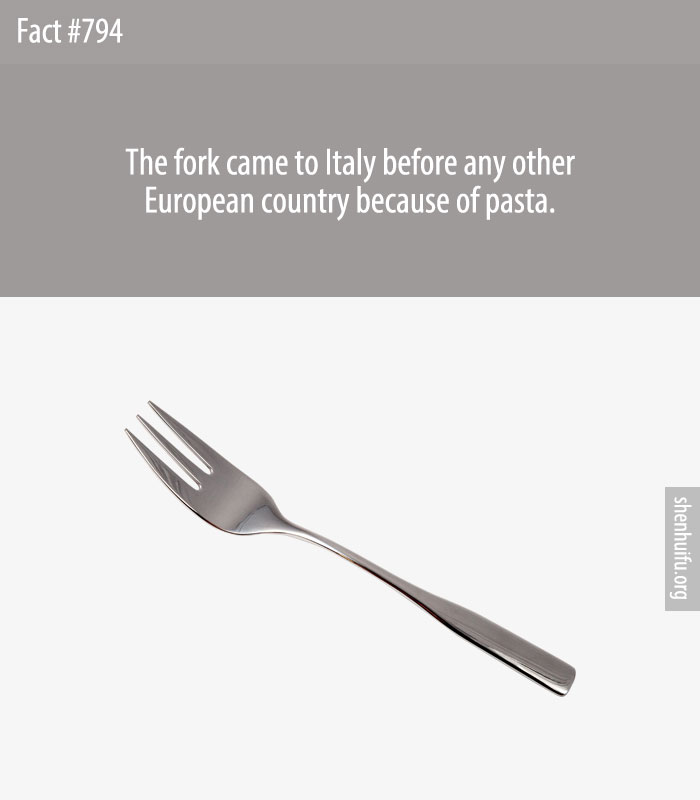 The fork came to Italy before any other European country because of pasta.

Ahead of other Western Europeans, Italians started using the table fork as early as the 11th century, possibly because of their closeness with the Byzantine Empire, but also as there was an apparently growing demand for pasta in the kitchens. Nevertheless, most of Europe did not adopt the use of the fork until the 18th century.

What Events Happened on March 27 in History?
45 Of The Most Common “Game Of Thrones” Questions, Answered
Red-hot ice cube by induction heating
Breaking Dawn Trailer Reaction